Labour's Christchurch-Central candidate says he has an action plan to address problems around shoddy earthquake repairs following the Christchurch quakes.

Parliament's finance and expenditure committee rejected the petition as it does not "think that the scale of the problem warrants an inquiry.”

Labour candidate for Christchurch Central, Duncan Webb presented the petition in Parliament and said the rejection didn’t come as a surprise.

“The select committee has a majority of government members and it’s been made pretty clear they think there’s not a problem and people should just move on,” said Webb.

Webb believes the problem is massive with over 12,000 earthquake commission complaints regarding poor quality repairs.

“A lot of the complaints are about seriously significant defects. Not cosmetic but structural repair problems and everyday they’re getting bigger and bigger,” said Webb.

Webb established that the problem isn’t going away. He said many people are continuously trying to bring the issue to life, whether that be taking on the EQC or helping homeowners.

Webb said “In terms of my own action plan, I am standing for Parliament and if all goes well, will be elected in 2018. Labour, will hold an inquiry and get to the bottom of what’s gone on to start fixing this EQC problem”.

Here's everything you need to know about The Opportunities party, all in the length of an elevator ride. 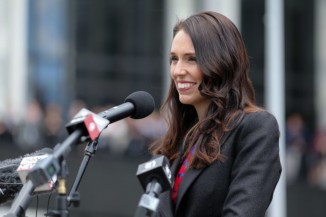