Christchurch City Council has approved the name 'Parakiore Recreation and Sports Centre' for the (formerly known as) Metro Sports Facility.

The name 'Parakiore' was gifted to the complex by Ngai Tūāhuriri’s cultural advisory organisation, Matapopore Charitable Trust. The name was "gratefully received" by the Mayor at the April 9 Christchurch City Council meeting.

Head of Recreation, Sports and Events, Nigel Cox said to incorporate Maori names into the city's anchor projects was the correct way to recognise and honour Otautahi/Christchurch's strong relationship with Ngai Tahu.

The name of Parakiore was chosen to reflect strength, speed, and agility. The youngest son of Tūrākautahi, the Ngāi Tāhu chief of the Kaiapoi Pā, Parakiore was known for his speed and endurance while fleeing from a lost battle at Moeraki Beach.

"We wish to strengthen connections with our city's history and this is a way to enhance that...tikanga Maori is central to this country's identity," Cox said.

Canterbury have named their side for their round 4 clash against Manawatu tomorrow night. 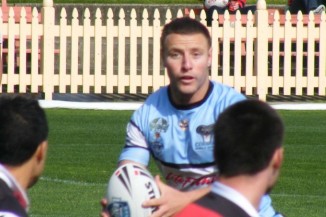 Green's inclusion a no brainer