The inaugural Open Christchurch festival has been deemed a success, attracting over 12,000 visitors through its doors on the weekend of May 15-16.

600 people attended the Christchurch Symphony Orchestra's open rehearsal at the internationally acclaimed Douglas Lilburn Auditorium at the Town Hall. All backstage tours at the Isaac Theatre Royal were booked out.

Mayor Lianne Dalziel opened the doors to the Mayor's Lounge, a room famous for its Southern Alps and city views.

"It was a fantastic experience to welcome so many people from so many walks of life," Dalziel said.

Dalziel most enjoyed meeting those who used to work in the Postal Centre. They told her that before it was the Civic Offices, the Mayor's Lounge was the cafeteria.

Te Pūtahi Centre for Architecture and City Making is overwhelmed by the positive feedback.

Open Christchurch director Jessica Halliday is thrilled with how the festival was embraced by attendees from far and wide.

Inspired by how architecture speaks to the way people live, what they value, and what they aspire to, Halliday said: "I suggest people really look at the buildings and the city around them and think about what it tells them about our society."

Tu Pūtahi plans to run the festival as an annual event. The next Open Christchurch festival will be held on the weekend of April 30 and May 1 next year. 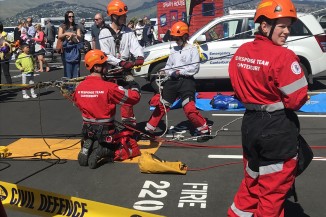 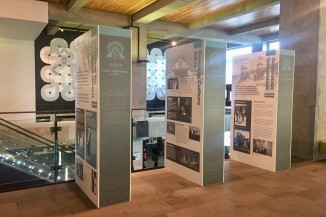 Christchurch is celebrating 125 years since the first Indian settlers arrived in Aotearoa with exhibition Mokaa - The Land of Opportunity.