Department of Conservation geo-locates tahr for hunters to track down as court ruling reduces scale of intended cull.

A High Court decision on July 10 ordered the Department of Conservation (DOC) to reconsider its controversial tahr cull programme.

The New Zealand Tahr Foundation brought the case because, it argued, hunters had not been consulted. A petition to stop the cull attracted nearly 40,000 signatures. Almost $70,000 was raised via Give A Little to help fund the Tahr Foundation's legal battle. Some tourism operators joined in opposition to the cull because they could potentially lose significant income and the cull would put more than 500 jobs at risk.

The court decision means DOC can undertake up to 125 hours of culling, while it consults stakeholders on its operational control plan for 2020-2021.

DOC had planned more than 250 helicopter hours of culling, including about 140 hours in Westland and Mt Cook National Parks alone. About 1200 tahr was removed from the national parks last month, 75 percent of that were females and juveniles.

"So far we have only flown 10 percent of the 425,000 hectares of public conservation land available for tahr hunting outside of the national parks, but we have already seen close to 700 mature bulls for trophy hunters to target," Reddiex said.

More than 550 of the bull sightings had been pinned on maps by GPS-location.

Tahr Foundation spokesperson Willie Duley said he was happy with the release of the tahr maps, but it was teamwork with DOC he was looking for.

"It's a hundred percent positive that DOC has released that information, especially for us hunters, but we want DOC to work with us on it, as we both have the same goal in mind."

Duley said DOC was culling in highly accessible areas. Doing it places hunters couldn't get to would make more sense.

He was annoyed the department "still isn't notifying us when they are doing the culls", instead teling hunters after it had already been done.

Duley said he received a phone call recently about DOC bringing in a helicopter to cull a group of tahr not far from the Mt Hutt ski field.

"There is so much common ground here that if we work collaboratively, then maybe we can reach something without any conflict."

Tahr hunter Hayden Davis said the release of the DOC maps would encourage him to get out more regularly.

DOC will announce its finalised Tahr Control Operational Plan for 2020/2021 later this month once a decision is made on its content. 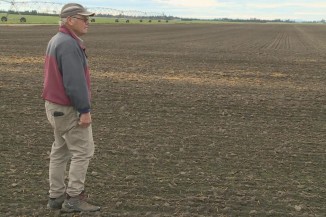 The Zero Carbon Bill is now open to public submissions after passing its first reading in parliament. 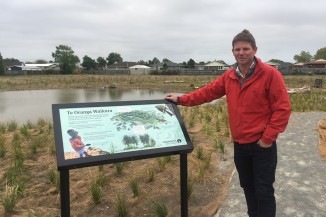 The first of its kind: Te Oranga Waikura forest

The multi-purpose forest will help to-bring native birds back to the city, help with flooding and provide an environment for the community