The International Table Tennis Federation created the day in 2015 to make the game more popular and universal.

Table Tennis Canterbury’s stadium administrator Jesse Wilson is determined to make the day a priority after realising the lack of people playing the sport.

“As table tennis isn’t a popular sport like rugby or football, signing up more juniors is a top priority.”

The event invited everyone to celebrate the day by playing the sport at Table Tennis Canterbury’s stadium. There were also three exhibition matches with professional players for everyone to watch.

Jiayi Zhou, 15, an Oceania and National under 15 and under 18 champion, took out the first exhibition match against Wilson, a top 30 player in New Zealand.

Wilson said it was a fun way to show kids that with lots of practise, they can eventually get to that level.

“It was something for them to inspire to.”

Wilson wants to emphasise the importance of other table tennis associations creating events like theirs on World Table Tennis Day.

“Table tennis is a struggling sport in New Zealand, so doing as much as possible to promote our sport and [to get] more people playing in general should be a top priority [for every association],” he said. 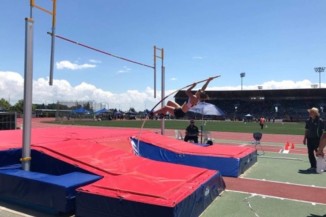 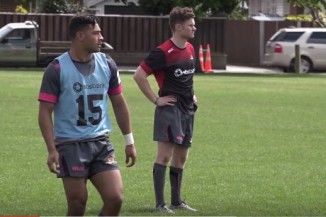