Rugby fans will be licking their lips this Sunday as Canterbury travel to the cake tin to try extend their unbeaten run.

Canterbury face a stern test of their unbeaten Mitre 10 Cup run when they face the Lions tomorrow in Wellington.

Canterbury have breezed through their first five games - scoring 156 points in their last two - but the Lions will not be pushovers.

Coach Glenn Delaney has made several changes to his team, including a reshuffle in the halves with Mitchell Drummond and Richie Mo'unga moving to the bench to make way for Ere Erani and Brett Cameron.

"We try give everyone some decent game time, its keeping people fresh and on the other side of the fence giving people the chance to shine," assistant coach Nathan Mauger said.

Lock Hamish Dalzell comes back into the lineup after missing the last game due to illness.

Canterbury skipper Luke Whitelock is out for up to six weeks with a knee injury and Dominic Bird will take over the captaincy.

"Luke has injured the medial ligament in his knee, this type of injury is usually 4-6 weeks recovery time," Delaney said.

Wellington are coming off 37-35 loss to Tasman.

Mauger said they expected Wellington to attack from all areas of the field.

"Its a characteristic we have been looking at, they have the ability to hurt you from anywhere." 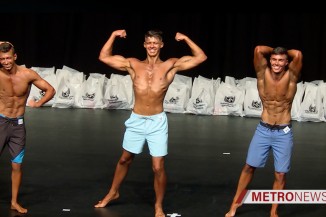 Lucy Henry went down to the regional body building competition to see exactly what goes into preparing for the extreme sport. 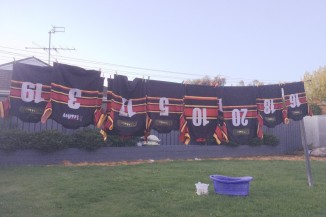 Impacts on community rugby due to Covid-19

Community rugby is an important part of most small New Zealand towns, so what does the future look like post pandemic?