The annual party boasts a low five students in the emergency department this year.

Dunedin Mayor, Dave Cull said Saturday's Hyde Street party was the "best one yet", with 400 volunteers looking after party-goers.

3600 students dressed up for the annual street party, which is known for its heavy drinking culture.

The Student Association organised the volunteers and stationed security along the back of the Hyde Street properties.

Mayor Dave Cull said St John had plenty of aid resources at the event itself, so pressure was off at Dunedin Hospital this year.

Cull said the emergency department had up to 80 students admitted in previous years, but went as far as not bringing in extra staff this year.

He said a joint effort from the student association, the council and police made for a much safer event. 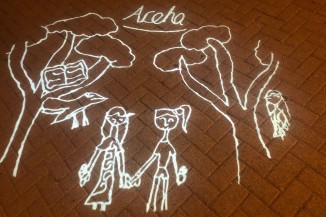 Projected drawings are being used in a new initiative by ChristchurchNZ and the Christchurch City Council to improve public spaces at night.