Numerous flights in and out of Christchurch Airport were postponed or delayed this morning because of the fog.

A passenger on a flight from Wellington to Christchurch this morning was unsure if his plane would land because a "massive blanket of fog" was covering the city.

Jesse Redstall, 17, said the only problem was the landing. The plane was fully submerged in fog as it went down and initially had to pull out of landing.

"We waited another 10-20 minutes before going again, the fog was still quite heavy, but it was fluctuating a bit."

The plane then immersed back into the fog again but was able to touch down safely.

"I have no idea how the pilot could see, but it was a very impressive landing," Redstall said.

MetService forecasts the fog will lift during the late morning with the help of north-easterly winds.

Have you been affected by the fog? Get in touch metronews@ara.ac.nz or http://metronews.co.nz/contact/ 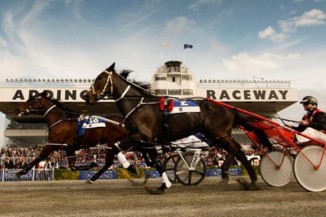 Star race horse Orange Agent has had a "less than ideal" build-up to tonight's premier event at Addington due to flight disruptions.