Members of the Cust community are disappointed in Plunket's proposal to sell the Cust Plunket rooms. Plunket is inviting residents to register their feedback by the end of the month.

General Manager of Finance Technology and Commercial Matthew Kenny says Plunket is proposing to sell because the building is under-utilised by Whānau Āwhina Plunket and only offers Well Child Tamariki Ora services one day a week.

He says there are only 11 children in the books.

"If we are going to be here for another 100 years supporting our communities across Aotearoa, we need to keep adapting to remain financially secure," Kenny says.

"Selling under-utilised properties like Cust could assist us in that mission, to ensure our entire operation is delivering equitable services to all pēpī and tamariki."

Some members of the community disagree.

Local historian Bernard Kingsbury says through the years Cust Plunket Society members have done a lot of fundraising in maintaining their group and raising money for the rooms.

Kingsbury says he doesn't want to see a repeat of what happened with the Cust Scout Den. He says the den was donated and went through a national body, but when the building was sold, the money went out of the area.

"It was pretty wrong really...I don't want to see this happen to the Plunket rooms."

The building was fundraised for and has been maintained by the Cust Plunket Society since 1923.

Built by the husbands of community members, construction took place on Saturday mornings under the supervision of local builders Thompson and Reece.

The total cost of the building was 857 dollars, 99 shillings and 2 pence, funded by the Cust community. The foundation stone was laid in August 1957.

Kingsbury says the land was given to the Plunket Society by the Rangiora County Council.

"It would be a shame for the facility that was fundraised by the community...for the proceeds of it to go out of the area. I feel it should be retained for a non-profit organisation here to use."

Kingsbury's view is reflective of many in the community. Members have discussed their concerns on the Cust community’s Facebook page.

A meeting was held last week with Plunket and the Waimakariri District Council to reassure there was high community interest in the intention to sell.

A community member who was present at the meeting says the majority of the community responses were to retain the building.

But they say the consideration Cust has to give is if it goes into community ownership, there is going to be the need to raise funds to pay rates, insurance, and maintenance on the building.

"Whilst there is a desire to keep the building in the community, there is a reality you have to pay expenses associated with keeping [it]."

They say their comment to Plunket was that it was 'a bit unscrupulous' there were initially only three shortened weeks to ask for submissions.

"There was a general community feeling that it was going to be a done and dusted thing."

It has since been extended further to the 31st of May.

"The fact that they are being receptive to community feelings and the need for consultation is encouraging," the community member says.

Kenny says the community can be assured that if the proposal to sell was to proceed, Plunket services would be relocated to nearby premises and otherwise not be affected.

With a strong preschool and primary school roll, Kingsbury says there are a lot of 'young ones' in Cust.

"This is a fast-growing area...we don't know what the rooms could be used for in the future. There's still a use for it, even if it is used once a week."

The Cust Plunket rooms is one of 52 buildings around New Zealand facing a similar fate.

Plunket buildings in Culverden and Waiau have been gifted back to the community. One other was sold but 25% of the profit was given back for a non-profit organisation.

A meeting is hoped to be held in June to get the community together to talk about the future of the Cust Plunket rooms. 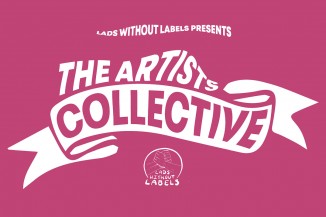 A University of Canterbury club wants to raise awareness - while sporting a cool tee. 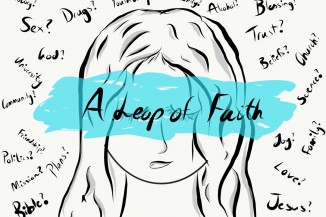 Oh My God? Episode One: A Leap Of Faith

In 2019, Christianity is at a crossroads. We set out to investigate how young people feel about it today.