Canterbury leads New Zealand in suicides for 10 out of the past 14 years and experts warn that rates will increase if the Government chooses not to do anything in the coming budget.

Canterbury has had a total of 929 provisional suicide deaths over the past 14 years, with 90 last year alone. Dr Sue Bagshaw is a primary care specialist in youth health development and she thinks the current wage gap is to blame for New Zealand leading the world in youth suicides.

Suicide is linked to those dealing with stress and the feeling of not belonging which Canterbury has proven to struggle with. People who have protective factors in their life, such as accepting whānau, are able to cope with stress well, but Bagshaw says it's the people who don’t have those luxuries, people who live in poverty or those without parents, who the community should be looking out for.

"Canterbury saw this perfectly in the earthquakes, we've had social stresses of the quakes, mosque shootings, and Covid which brings the whole feeling that there is no future and you don’t plan forward - that's why Canterbury hasn't done as well as other cities."

The annual provisional suicide statistics report shows teenagers between 15 and 19 have the highest rate of suicide with those in the Maori and Pasifika community at the highest risk.

The high suicide rate ties in with other data of child poverty, high rates of teenage pregnancies, and bullying.

“Bullying is rife in our country, from the parts of Parliament through to whānau. There is an act of violence in our family every five minutes according to statistics, that number is an issue alone," Bagshaw said.

She warns New Zealand's wage gap is too big for the size of the country and when there’s a large gap between those with the most money and those with the least, it leads to bad social outcomes.

Examples can be seen in countries with small wage gaps such as Norway, Sweden and Finland, which do not have as many bad social outcomes as countries like the United States and New Zealand.

In order to drop suicide rates, Bagshaw believes New Zealand needs to learn to celebrate diversity and value each person as equal. Spending more time with family members will change the image that it's shameful to ask for help.

"Statistics show that fathers spend about 11 minutes a day with their children, that's not very helpful, just not good enough," Bagshaw said.

If New Zealand had employment policies to create more jobs it would allow people more time with their families which would also shape family-friendly employers, ultimately helping the cause, she said.

Bagshaw is the Youth Hub Trust Te Hurihanga Ō Rangatahi chairwoman. The new $20million youth facility, on the corner of Salisbury Street and Gracefield Avenue, is yet to be built, but will provide space for about 12 different youth organisations, offering a communal place of support and well-being for 10 to 25-year-olds. 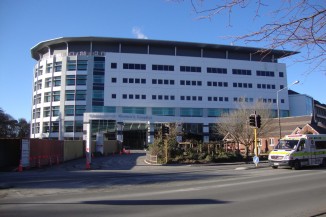 The low number of parks are leading to safety concerns for people traveling to the hospital. 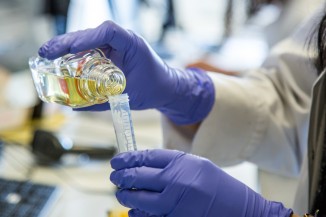 Otago medical students offer health clinic to those on probation.