Brewing mead to sell in cans, Buzz Club wants to show the world that native New Zealand honey can be used in a different way.

Mead has been around for centuries. It's an alcoholic beverage made with fermented honey.

Edward Eaton and Wilbur Morrison reckon they've spotted a gap in the market with their modern take on the sweet, heavy and still "honey wine".

The Buzz Club product is carbonated, low-sugar, and 5.5 percent alcohol.

Eaton, 23, and Morrison, 22, formed Buzz Club while at university.

Morrison was a beekeeper as a student. It opened his eyes to the great native honeys that are not manuka. Producing them was not profitable, however.

One of Buzz Club's objectives was to have those native honeys recognised, Morrison said.

"[We're] trying to show it’s not just manuka that New Zealand has to offer."

Morrison said he started thinking about making mead but it took a year and a half for it to materialise.

"The more I learned about it [mead], the more I realised it was one of the quickest growing alcohol markets in the world," he said.

A shoulder injury was the catalyst. Forced to stay at home, Morrison started watching how-to-brew videos. He met met Eaton a party, and from there the business took shape.

Morrison said brewing mead was simple at its core.

"It's fermentation; similar to making a beer or a wine."

With Morrison on production, Eaton takes care of marketing. Both do sales.

They said being friends in business worked well.

"I think we both didn't understand what we had to do at the start, so it was good to have someone else to rely on," Morrison said. 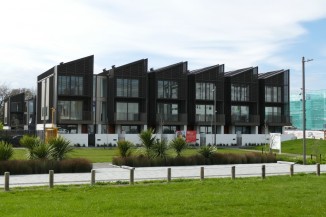 It's been one year since the council launched its framework for achieving 20,000 central city residents. Now, staff say it "needs support".