Just over 10 years ago, on February 22, 2011, at 12.51 pm, a 7.1 earthquake devastated Christchurch. Shortly after, Luke Di Somma formed the Christchurch Pops Choir.

He got the idea for the choir when he and his friends felt bored and lost after the quakes. They collectively thought it would be a good idea to form a weekly group, less focused on performing and more on uniting through song and building a sense of community.  At the time, there was a gap in the arts sector for a choir of this style, and The Christchurch Pops Choir comfortably filled it.

The first rehearsal was at a gathering of Luke Di Somma’s dearest friends and colleagues in the performing arts community. Blair McHugh’s is a founding member of the choir, and he recalls singing ‘Seasons of love’ from the musical Rent as one of the first songs. He said, “It was a good feeling to be singing something.” After the quakes had caused everything to be cancelled locally, he valued being able to gather and celebrate being together. He appreciated having a place to go that wasn’t falling apart.

Within a few months of the choir’s formation, the first round of auditions were held. This led to Jane Watt joining the group. Watt had previously been a part of another local choir, but she found The Christchurch Pops Choir to be a better fit. Her first memories of the group involved singing ‘You raise me up’ and ‘Seasons of love’ and the healing and nurturing environment.

Di Somma and McHugh recalled one of the first gigs being a launch event at the Spiegeltent. It evolved very organically, and Di Somma said that’s what led to the event and the choir as a whole’s success. Performing at the earthquake memorial in 2012 was another significant highlight for the group.

In 2018, I joined the choir; by the end of the year, the choir had announced the name change to The Vocal Collective. There was a concern from the group that the term ‘choir’ had a bad rap, and rebranding was necessary for the groups' future.

The Vocal Collective (formerly the Christchurch Pops Choir) has had two overseas trips. One to China and the end of 2017 and the other a trip to New York when they were invited to sing at the prestigious Carnegie Hall. Sadly, just three days before the choir’s departure, Christchurch was devastated by a terrorist attack on their Muslim community. On March 15, 2019, innocent worshippers were shot during midday prayer leading to 51 lives lost. The group found themselves at a crossroad, stuck between supporting their beloved city through a devastating time and a once in a lifetime opportunity. The tour commenced, and the choir made the long journey from Christchurch to New York. While they were on tour, they raised $6000 in funds for the victim support Give-a-Little page. The choir also performed at the first mosque shooting memorial.

Though the choir has grown exponentially over the years, one thing has remained the same, the group’s mutual love for music and each other. What started out as a group of 20-30 grew to over 90. Watt said the group had enriched her life and that having each other had helped the group through the hard times. Di Somma is no longer involved with the group but looks back in pride and said it is inspiring to see it thrive. Though the group struggled to sing to the void on zoom throughout the 2020 COVID-19 lockdown and subsequent returns to level two. They were thankful to have something to do and have a “smiling face at the other end of the camera.” Said McHugh.

The choir is currently under the artistic director Richard Marrett, a highly esteemed musical director in the Christchurch community. If you want to see the choir in action, they’re about to commence their ‘Top of the south’ tour, where they will take the material from the 2020 ‘Don’t forget your roots’ concert to audiences around the upper south island. The tour will commence with a concert in Nelson on Friday 16 April, Blenheim the following day 17 April, and finish in Kaikoura on 18 April. Other upcoming events include a lunchtime concert at The Piano and an annual quiz night fundraiser. In October, the group will celebrate 10 years together with a concert. Follow The Vocal Collective on Facebook to find out more. 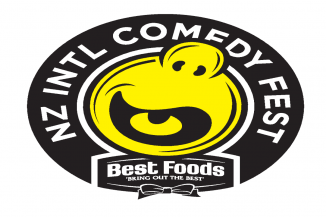 Porne, brunch and cardigans at the comedy fest

Christchurch comedians are gearing up to storm the stage at this year's international comedy festival in Auckland. 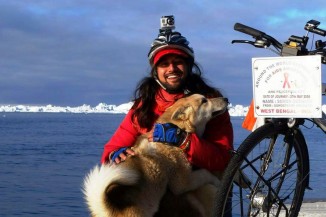