A local cricket club manager says the negative publicity after the ball tampering saga will stop younger players from making the same mistake.

This comes after Australian player Cameron Bancroft was seen to tamper with the ball using yellow sticky tape which he tried to hide down his trousers.

Harvey says children tend to mimic their sporting heroes, but after all this negative press, they will be deterred. "It's a lesson to younger players that they won't get away with things like this".

Harvey is disappointed with the tampering saying its not in the spirit of cricket.

The team has also been criticised for sledging - getting into the  minds of their opponents and putting them off their game.  Harvey says they certainly sail pretty close to the wind and play aggressively.

He believes the Australian team has got off lightly so far.

At the moment they have only been punished with Steve Smith being punished  for one test and losing his match fee, estimated at about 14-thousand-dollars.

Cameron Bancroft was fined 75% of his match fee.

Harvey says this a "pretty serious breach of cricket ethics" and he's predicting those involved could face further punishment. 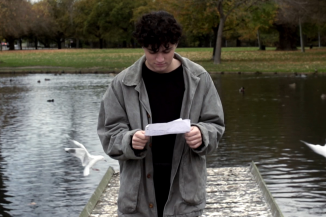 This film was made as part of the 48 Hour Film Festival. It was shortlisted as one of the top 25 films within the Christchurch region. 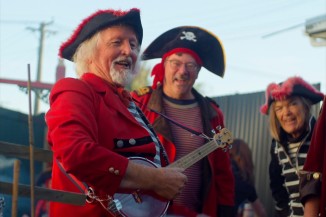 Author Briar Rose Middleditch prepares a pirate party to celebrate the launch of her new book. For this project I did the cinematography and editing.