Yoga enthusiasts lend a hand, for a beach clean up in New Brighton.

What better way to clean our beaches, than by combining it with yoga?

The clean up on New Brighton beach last weekend, was run by popular yoga instructor Kotte. The beach is often littered with bottles and plastic waste, and lead to over 12 kilograms of rubbish being collected.

Yoga fanatics turned out in full form, with over 300 people getting involved for the yoga.

Kotte was inspired to run the event in an attempt to spike people's interests in cleaning up beaches.

The clean up was planned for later this year, but was brought forward after the film A Plastic Ocean was released.

"I am bringing them forward a little earlier as after watching the film, I feel very triggered", Kotte said.

Kotte decided to keep the event free, unlike her usual events, in hopes to improve the turn out.

Other organisations also lunged at the chance to help, with the Christchurch City Council providing gloves and bags and the Cancer Society providing sunblock.

This clean up event came soon after the Government announced the ban of plastic bags by 2019.

Both Kotte and the Christchurch City Council are planning to organise more of these events after the yoga clean up was such a success. 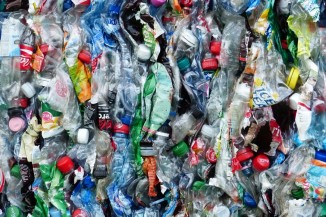 This week we explore how we can live more sustainable lives by reducing our plastic waste. 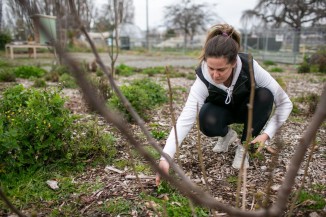 Developers of a new city centre orchard believe up to forty percent of Cantabrians are food insecure.