One of the worst tropical cyclones has left behind a magnitude aftermath for Africa.

March 15th was a world wide day of tragedy. Three African countries were hit by a deadly cyclone that killed nearly 1000 people and left hundreds missing.

New Zealand meanwhile was dealing with its own tragedy at home with the Christchurch terror attacks.

Mozambique, Malawi and Zimbabwe were hit by Cyclone Idai which left many dead or injured and displaced from their homes.

Many are still missing and schools, churches and hotels are housing those displaced from their homes.

Now, they're desperately trying to rebuild.

The aid organisation had been distributing clothes and food to Chimanimani in the Eastern Highlands by trucks.

Philp said helicopters and bicycles were being used to deliver the aid in hard to reach areas.

The team said people from all walks of life joined together to offer support during the crisis. 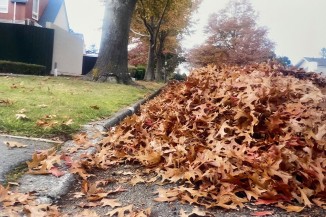 A Christchurch City Council tree on the berm outside an Ilam home is damaging an elderly resident's property.

Prime Minister Jacinda Ardern cautioned that what she was going to talk about did not foreshadow Cabinet's meeting next Monday.