To mark World Down Syndrome Day 2018, the Canterbury Down Syndrome Association joined together with Zumba, bubbles, and ice-cream.

Officially recognised on March 21 every year, community members with Down syndrome and their families gathered at the Matuku Takotako Sumner Community Centre in Sumner on Sunday.

It falls on the same day every year, referring to the three copies of "chromosome 21" in the DNA of people with Down syndrome.

Father and Canterbury Down Syndrome Association Committee Member Steve McNab said the event was about bringing people together, to catch up and have a bit of fun.

"It's a great opportunity to celebrate our kids, and what we all have in common."

McNab said his daughter has Down Syndrome, and the experience had taught him that what she needed help with, other kids do too.

Fellow father and Committee Member Ceon Lammers said he wanted to dispel the myths about people with Down Syndrome.

"The biggest myth is that all people with Down Syndrome are the same - it's almost like saying that all deaf people are the same, it's insane."

He said that his first aim was to educate teachers, as they're often too focused on keeping children safe instead of furthering them academically.

Lammers said when his daughter first went to school, the teacher told him that they had made a special corner for her to relax and read books, rather than participate with the rest of the class.

"I went to the Principal and told him, 'we need a different teacher this year.'"

He said that the CDSA helps parents to have those difficult conversations with authority figures.

Lammers said not everyone interacts with people with Down Syndrome, but said that was why this event was so important.

"We have adults who live fully, go to work, pay tax, and children fully integrated into their school community."

The National Down Syndrome Association released a video on the 21st March, as part of the international #WhatIBringToMyCommunity movement, celebrating World Down Syndrome Day.

Included in the video were Abigail, who had just secured employment after completing a certificate at Unitec, Edward, who had won a gold medal for New Zealand in the Special Olympics, and Alex, who was fluent in Te reo Māori and taught kapa haka in the community.

NZDSA Executive Zandra Vaccarino said World Down Syndrome Day was both a celebration and a challenge.

"It's an opportunity for people with Down Syndrome to tell people in the community what they do, and to challenge them for not giving them enough opportunities to contribute.

"How do we all feel when we're given an opportunity to do something we aspire to? A sense of well-being and pride that you can offer your skills and talents to your community."

She said people with Down Syndrome are already in our community, but their voices often go unheard. Vaccarino said this day aimed to change that.

"It's an opportunity for everyone to get involved." 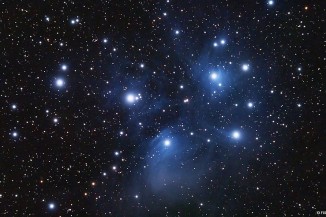 Is the meaning of Matariki missing?

A group of children aged between six and nine was asked what they knew about Matariki. 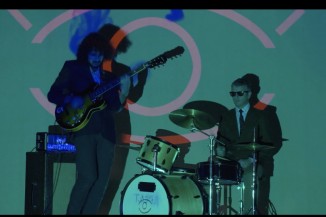