How would current testing methods work if Cannabis is legalised?

A young man wakes up on a crisp morning before heading into work on a high-profile construction site in Wellington. He routinely takes the first hit of his bong for the day. After breathing in the thick smoke and releasing it into the air,  he chucks on his work boots and jacket to meet his ride at the front gate.

As the morning traffic slowly creeps its way through Ngauranga Gorge, the two workmates get their first glimpse of the capital. Everything about the day is business as usual until the car rolls on to the worksite where several drug testing vans are parked up. The slight high from earlier amplifies the on set of panic as he realises what this could mean for him.

Presented with a cup and told to complete a urine test sample, he tries a lame excuse: "I don't need to go at the moment.". But it's not that easy. The young worker is told he won't be allowed on-site until he has completed a test and if he can't do one here then he'll have to do it at The Drug Detection Agency office.

"There's no way I'm going to get away with this", he thinks. Fingers crossed, off he goes to the testing office.

Within 30 seconds, the test comes back. It's clear. There is no sign of drugs in his system. He is shocked and confused.

Under current legislation, employers have the right to undertake pre-employment and random workplace drug testing to maintain health and safety standards. Urine testing is the most used method by employers in New Zealand, however, some specialists in the workers union and drug reform fields are highly critical of the method's effectiveness in judging impairment.

He says that although testing agencies claim urine tests can pick up cannabis in your system for up to 30 days prior, he has seen cases where workers spend up to 16 weeks waiting for cannabis to pass through their system.

"I've had cases where it's sat in people's systems for 16 weeks where they were getting monitored and measured through a urine testing system when they had failed. We were getting the results back regularly and the levels were definitely dropping but it took a lot longer than 28 days. That's what kind of pricked my ears up in terms of (the fact that) there really wasn't anything that was meeting the requirements of what we were doing."

Monkley claims the urine testing system is flawed because it is more likely to pick up occasional cannabis users than workers who are using harder drugs such as methamphetamine. Although the signs of hard drugs might not be present in a worker's bloodstream, he explains testing doesn't show the dangerous side effects of methamphetamine impairment such as fatigue, lack of eating, and the inability to sleep.

"The sad thing is that when you're dealing with methamphetamine it's likely that it comes out of your system in a more rapid time than anything else, as harder drugs do.

"I think the unfairness of cannabis is that it really doesn't fit the purpose of what they're trying to do with urine testing."

Monkley cited a 2012 court case as a legal verdict that highlights the downfalls of the urine drug testing method. In this case, two workers were found to have tested positive for the presence of cannabis and were placed into a workplace rehabilitation program. The employer was found to have broken the law by terminating the employment of both workers after they returned positive tests for cannabis in their second test of the rehabilitation program.

Judge Anthony Ford questioned the accuracy of urine testing as rulings showed employers were unable to identify whether a worker had consumed the drug on the day of the test or several days prior.

Drug Detection Agency technical manager Rod Dale said the agency is well-prepared to deal with any changes that may come along with legalisation, but it is not looking at an overhaul of its testing methods.

"I think we are definitely prepared for it (legalisation). It really comes down to communicating with the organisations that are doing testing and making sure that they're ready and their policies are fit for purpose. In terms of physical testing, it's really no change to us. It's business as usual."

"The traditional urine testing has been around for a long time and it's pretty settled. There's lots of case law under our belt that shows it's a pretty robust method," Dale said.

Dale says the agency's testing accuracy is in the high 90s percentage-wise. He declines to provide the agency's 2019 testing statistics, however, due to a "general issue with the form of the data".

Dale explains the agency is expecting a need for increased workplace drug testing if recreational cannabis is legalised.

"Absolutely, I think it's going to be in a similar vein to alcohol. It's legal and what you do in your own time is completely up to you but there can't be any tolerance for people coming to work drunk if they're working in safety sensitive roles or areas where they might hurt themselves or someone else. There's no difference really for all the other substances that may affect safety in the workplace including cannabis."

Workplace drug testing is a two-part process. The first part involves an on-site screening test to identify a class or group of drugs that may be present in a person's system. If this initial test returns a positive result it is then sent to a laboratory for further testing using more sensitive scientific instruments. After lab testing, the agency can provide a more accurate reading in terms of the particular drug and dosage.

Dale says drug testing for medicinal cannabis users will be treated on a case-by-case basis in which the worker, their doctor, and the employer will be consulted if a problem arises.

New Zealand Drug Foundation harm reduction projects adviser Samuel Andrews argues the use of urine testing in the context of pre-employment drug testing does not improve workplace health and safety. Instead, it acts as a blockade to employment.

"If someone has to do a pre-employment drug test, which there's no laws or regulations around, it can mean that people are excluded from jobs or avoid applying for them in the first place," Andrews says.

He says urine testing's detection time of about 30 days is not a fair or accurate representation of how workers' abilities are affected by their choices outside of work. It is a long time period and a "poor indication on how cannabis use is impacting someone's ability to do their job or ability to maintain health and safety in a workplace".

Urine testing is not only a "blunt instrument" but an invasive process. Andrews suggests oral fluid testing as an alternative.

New Zealand Institute of Economic Research drug reform expert Peter Wilson says the idea that legalisation will bring an increase in usage and therefore drug testing is not supported by international evidence.

Wilson concedes that legalisation may increase the risk of worker impairment, but says it will give workers the ability to moderate the potency and chemical make up of their recreational cannabis.

If you would like to find out more about the Cannabis Control and Regulation bill head to the links below:

What does the evidence say? 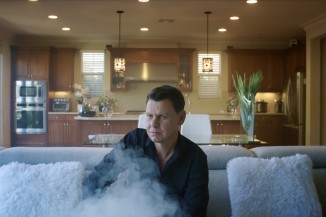 Newshub journalist opens up ahead of his two-part documentary, Patrick Gower:On Weed, which aims to better inform the public about the drug. 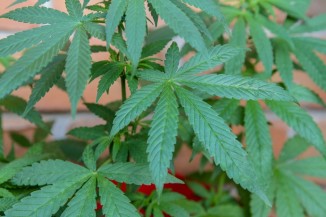 Medicinal Cannabis: it's time to stir the pot

Details of the 2020 referendum for recreational cannabis have been released, while legalisation of medicinal use is still being discussed.