Woman pleaded for her life after being shot in the leg, a court has heard.

Renaye Strachan said she had to beg her ex-partner Luke Nickless to not kill her after he shot her with a pump action shot-gun on his Loburn property last September.

Luke Adam Nickless is on trial in the Christchurch District Court, accused of strangling Strachan and shooting her in the leg.

Nickless pleaded not guilty to charges of threatening to kill, assaulting a woman, wounding with intent, a unlawful possession of firearms, four which were military-style semi-automatic weapons.

Strachan said she felt weary about visiting the property, but the children were excited and it was the last day of term, so she decided to go.

She told the Christchurch District Court she had warned her 6-year-old son that when she said it was time to leave, they had to go straight away.

According to Strachan, Nickless had taken her car keys out of her ignition and took her cell phone so she couldn't contact anyone. She asked him to return the phone and said she grabbed his arm with force, which ended with Nickless allegedly strangling Strachan before losing his grip.

"I dropped to the ground with all my weight," she said.

She said her son was at her feet, so she grabbed him and ran to the car.

Strachan said Nickless placed her keys and cell-phone on a post as she was putting her children in the car. As she went to retrieve the items, he picked up the gun from the garden and shot her in the leg.

He allegedly held the gun to her head and said "I'm going to blow your f'ing brains out".

Strachan told the court she pleaded with Nickless: "Please don't kill me, my kids need me."

She said in evidence she had told Nickless she still loved him in a bid to stay alive.

He allegedly said to her: "Why didn't you just talk to me?" and "Why can't we be a family?"

After convincing Nickless to help with first-aid, she screamed for her son to run to the neighbour for help.

Defence Counsel Mike Brownlie said Nickless was certain he did not threaten Strachan.

The case continues before Judge Jane Farish and a jury at the Christchurch District Court for the next four days. 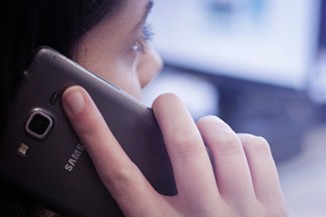 Scammers pretend to be Spark customer service, or police, to target elderley and vulnerable. 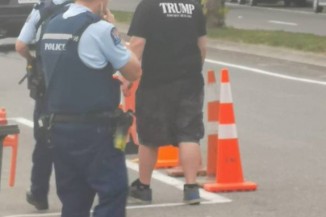