Katrina Roma Epiha, 21, has pleaded guilty to charges of murder and threatening to kill at the High Court in Christchurch.

Epiha was set to go to trial next week after originally pleading not guilty to the murder of Alicia Nathan, 32.

The court heard this morning that Epiha used a large kitchen knife to stab Nathan in the arm and the neck. She died at the scene.

The stabbing occurred at a party in Avonhead in the early hours of August 6, 2017.

Crown prosecutor Karyn South told the court Epiha had been drinking when Nathan arrived at the party unexpectedly at around 11.45pm.

South said the pair argued about music and then had a "verbal exchange".

Following this, Epiha went to the kitchen and grabbed a "large kitchen knife" which she concealed behind her arm.

Epiha approached Nathan and stabbed her twice, once in the upper left arm and once in the left side of her neck, which penetrated deeply into Nathan's chest.

South said Epiha then left the party, at which point she noticed a friend of Nathan's also leaving.

Epiha chased the friend, who hid behind a car, and repeatedly threatened to kill her, South said.

He said the victim's mother wanted to meet her at a restorative justice meeting, which he described as "pretty impressive".

He urged Epiha to take advantage of the opportunity.

Epiha will be sentenced on May 16. 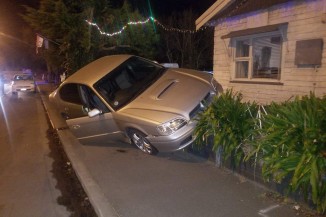 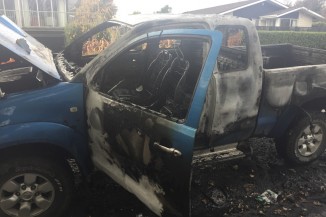 A 42-year-old man is in custody after a police chase in Christchurch and Ashburton.