Executive Director of Qtopia, a social support network for gender diverse youth in Canterbury, has been nominated for a Women of Influence award.

Anderson, 34, is one of 82 finalists from almost 400 applications in the Women of Influence awards. Of those final nominees, 11 are from Canterbury.

Anderson has worked across the community sector and the rainbow sector, and also within the business sector and with young people for a long time. Her background is in strategy and development for social enterprise and also educational design and delivery. So what that really means is helping people make money doing the things they love, and getting really good at explaining the things that she knows to other people.

Two years ago, a friend of Anderson's saw the role of facilitator for Qtopia advertised and said to her: 'Do you want to throw parties for rainbow young people?' Anderson's response was: "This is the role I was born to play."

About a year later the organisation went through a restructure and she was offered the position of executive director.

Qtopia has two main focuses. One is creating safe, inclusive environments for the rainbow community and the other is working with organisations, institutions or even individuals to develop their understanding of rainbow identity so that they can create lasting social change towards better acceptance and inclusion.

Anderson is queer, and has queer family history. She knows the challenges of not being able to be who you are and she is really passionate about how we create opportunity for our young people, regardless of their identity or orientation.

She says becoming part of the Qtopia team was kind of a natural fit. "How do I use the skills and the background that I have to really kind of empower our young people and to make sure that they're feeling valued and valid and seen?"

Anderson is also a poet and says she got really good at figuring out ways to develop community projects, organisations and operations so that she "was always invested in projects that were creating social good, but at the same time they allowed me to develop my own creative process".

Anderson has done a lot of working with schools and young people around Faultline Poetry Collective, which is an organisation that supports young people to develop their writing skills and themselves through that process.

She is a featured poet in the Phantom Bill stickers poetry on posters campaign. So her work has been seen all over the world,and she has had the opportunity to tour and perform work across America and across New Zealand.

Recently Anderson was also announced as one of the Westfield Riccarton Local Heroes, which is an award that recognises inspiring local leaders who have been nominated and voted for by the community. As a result of this Qtopia has received a $10,000 grant to help their important work to grow.

Anderson feels extremely honoured to be recognised as a finalist in the Women of Influence awards. "Amongst such incredible mana wahine who are contributing so much to the quality of people's lives".

The awards are being held in Auckland on Thursday, October 24. 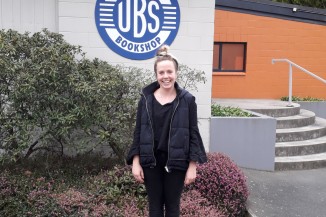 Laura Johnson is a local young leader on the rise

The co-founder and co-director of the Christchurch based voluntourism business Purpose Projects, is one of 82 finalists in the 2019 WOI. 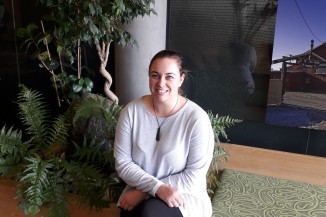 Ash-Leigh Campbell is a woman of influence

The chair of NZ Young farmers is one of 11 Canterbury finalists in the 2019 Women of Influence awards.