More than 2000 small and family-run businesses on Uber Eats will reopen next week after they were forced to remain closed throughout alert level 4 lockdown.

Councillor James Gough was one of many people who shared they would not be supporting Uber Eats when its service reopens next week, because of the cut taken from businesses.

Gough said it summed up the worst side of corporate nature.

"I think most hospitality owners and operators would probably have the belief Uber Eats was pricy at the best of times, 30%-35% is pretty steep commission, and is tough on their margins. At the worst of times, it's frankly extortionate," Gough said.

Gough said hospitality operators trading was what made the delivery service viable, so “not coming to the party when these people are on their knees” was “disgusting”.

He liked Uber Eats, but this had made him re-think and stop using the service.

Uber Eats Regional General Manager for Asia Pacific, Jodie Auster, said the company was committed to extending its support for restaurants and delivery partners on its return, "to help them continue to navigate this unprecedented global challenge”.

Auster said these options “give New Zealanders an option to show their appreciation for restaurants”.

Earlier this month its restaurant relief package included the suspension of activation fees, and no fees on pickup orders until June 30. 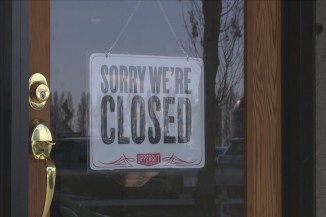 The continued uncertainties of Covid-19 is putting mounting pressure on small business owners. 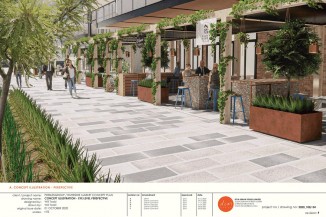 Down by the riverside, come rain or shine

Riverside Market is likely to get a covered canopy for its outdoor seating on Oxfrod Tce.