Trams have been at the heart of Christchurch since the late 1800s, yet the days of a tramway transport network are a thing of the past.

Today, the trams are for tourists, cruising around the central city. They're good for sightseeing. Right now, seven trams operate in Christchurch. There used to be just under 100.

With Christchurch in a continuing state of redevelopment, as well as committed to lowering carbon emissions after recently declaring a climate emergency, some are suggesting a tramway network resurrection.

University of Canterbury Mechanical Engineering Professor Susan Krumdieck has been involved in developing a tram network of the future for many years.

"Our city is going to transition into a city of the future, which isn't clogged with cars," Krumdieck said.

The trams Krumdieck wants are different from the current ones running through the city. They would travel on fixed, individual rails, which would allow them to move with less energy to run on small engines.They would run at city speeds, ranging from 30kmh to 50kmh and would not intrude on traffic the way buses do.

"Have you stood next to a bus? They're big, they're noisy and don't negotiate with bikes very well. Buses are intrusive. It's about moving people around a city which is walking and cycling friendly. That's the whole point of talking about trams," Krumdieck said.

Not only is Krumdieck calling for the return of the tram, she knows exactly where she wants the first one placed.

"I've worked with a tram designer from Switzerland. We had a whole team sit down and work this out. We laid out where the first tram should go, which would be from Canterbury University, down Riccarton Rd and into the city," she said.

"Trams do stop frequently and if you look at where the tram could pay itself back, every block down that road allows for somewhere to stop at. It's about the flow of people onto and off the network and you've got possibly 20,000 people using that corridor regularly.

The logistics are one thing, funding is another thing entirely.

Axel Wilke, senior transportation engineer and director of ViaStrada, said Christchurch was the largest city in Australasia without a mass rapid transit system. While trams could be the answer to this, working in conjunction with bus services would be crucial.

Wilke believed funding was the only barrier to progressing electric bus transport.

"The upfront expenditure is quite high, [but] the running costs make it really worthwhile to have electric buses running."

Wilke said that electrifying our public transport was the only way to go.

"Trams can be apart of the future. They absolutely can be. The immediate future is that we use the northern arterial, and use it for rapid bus transit."

Wilke isn't alone on integrated electric transport. The idea is backed by members of the city council.

Councillor Mike Davidson said the main priority was securing the Northern Corridor, then determining what the most sustainable method of transport would be. It "may well be trams", he said.

Cr Davidson is Deputy Chair of the Infrastructure, Transport and Environment Committee. He believed a joint-up approach with other systems was going to be crucial for public transport to thrive in the city,

"We need to join up with other modes. Public transport is the future of a greater transport system."

President of the Tramway Historical Association, Stephen Taylor, said investing in a tramway network was all about getting people off the road.

"Carbon free is definitely [an advantage], probably the more ecologically friendly reason for doing it. The main reason is because you can get a couple hundred people on a tram, and more people off the road," Taylor said.

He said trams were a mechanism, which got passengers in and out of the city in a way that didn't interfere with traffic.

"A lot of the planning has been done by various people. Yes, it’s conceivable to do it. It won’t be any more significantly difficult do it, it can be done now. In some respects, you could say they’ve [council] missed a trick, but it can still happen.”

The legacy of the tram network began to die out in the 1950s, with economic fluctuations as well as the introduction of public transport alternatives including cars and buses.

Grant Craig, President of Rail Organisations of New Zealand, asked why the city council didn't choose to invest in the tram network while it was still going strong.

Craig said resurrecting a tram network wasn't an easy job. The only reason it was neglected was due to them simply "not being in fashion", which he said Christchurch would live to regret in the long term.

"Christchurch didn’t look at the rail option after the earthquakes," Craig said.

"The government didn’t look at it good enough. To re-instate it costs a lot of money, but you need it if you’re thinking about the long-term rather than the short term."

Craig said there was a future for rail in the city.

"The light rail they have at the moment is good for the city, it’s just expanding on that really. They’ve got the infrastructure, now it’s about doing it." 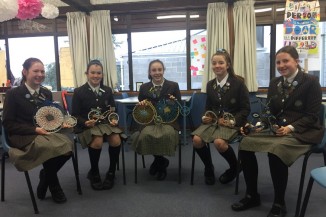 A group of Selwyn House students are launching a bike promotion campaign in October. 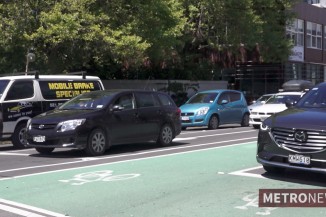