Whitebaiting season has started and, as always, it's controversial.

Four out of five subspecies of whitebait are now classified as threatened or at risk, according to the Department of Conservation (DOC). Meanwhile, Forest and Bird is calling for a halt to the commercial sale of whitebait.

Forest and Bird spokesperson Caitlin Carew said "national conversation" was needed "...about whether it's appropriate to be profiting off an endangered species".

Carew said whitebait were as threatened as the North Island Brown Kiwi.

Whitebait species and other fresh water fish are covered by a different set of laws from the North Island Brown Kiwi, which comes under the Wildlife Act. Hence, whitebait are not as regulated.

Forest and Bird blames the declining whitebait population on overfishing by commercial fishermen.

Carew said commercial whitebaiting should be banned and recreational activity should be more restricted.

He said the impact of fishing on whitebait was not the main contributing factor in their decline.

The environment was more of a factor.  A lack of plants along the river banks caused the temperature of the water to rise and water quality to fall, Hickford said.

He said a lack of data about the species could contribute to the species being considered at risk or threatened. Scientists were still trying to figure out was causing the whitebait population decline

Natural and unnatural predators in the river like birds and trout were also a factor. 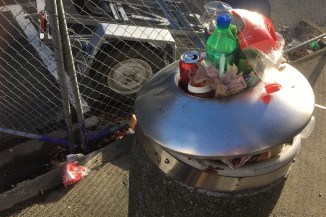 "It's unacceptable to have weeds growing to the height of small trees," 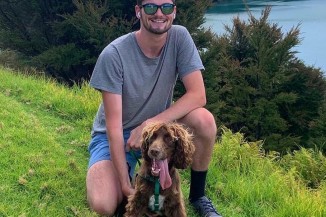