The root cause of child poverty isn't clear cut and straight forward, but those working with New Zealand's poverty struck children do have some observations about it all.

Not thick veggie soup with hunks of saveloy to brighten it up.

The children ate the liquid "soup" for dinner.

The adults ate the saveloys.

Not much, if any other food to spread throughout the day.

But every night, saveloy soup.

Constable Soames Crowther, known as 'Spike' has patrolled the Phillipstown neighbourhood for the past six years.

He believes the reason children are getting a rough start is often due to a lack of stable relationships and a lot of "solo-mum-ed-ness" – of solo parenting.

"Dysfunctional families stem from a lack of interest of the parents."

Haeata Community Campus’ Jeremy Faumuina agrees that the days of a nuclear family, of mum and dad, are gone.

"Now it's grandma or a relative or older sibling looking after family. It's not getting any better," he says.

Pastoral Care Co-ordinator at Grace Vineyard Church, Cathy Richardson, says the breakdown of relationships has a huge impact on poverty, as partners are suddenly faced with the reality of running two households, not just the one.

She believes it's not enough to throw money at child poverty, you have to invest in giving people life skills.

"Most don't have them (life skills) and come from generational cycles of dysfunctional families - brokenness breeds brokenness."

"People are more than willing to give money, but money isn't actually what they need," Richardson says.

It's a principle social workers seem to agree on.

Sandra Talbot from Home and Family sees child poverty as the result of poor decision making and parents not being taught in the first place.

"Families here have a poverty of existence, they haven't had someone come alongside them or (been given) wise words. People are so disadvantaged because of their poor start."

In response, Home and Family run a six-week residential parenting course, for families who may otherwise have their children removed from their care.

They role model positive family experiences, teach parenting basics and help normalise things, in the face of what Talbot believes is a consumerist society skewing parents idea of what love is.

"Somehow you're a poor parent or don't love someone enough if you don't give the latest or biggest or best."

"It comes back to living within your means and making better choices. Your baby doesn't love you because you dressed it in an expensive outfit when it was three months… it loves you because you cuddle, love, feed and keep it warm," Talbot says.

If it wasn't for Home and Family, Kate* says she wouldn’t be here today.

Kate's mum died when she was 12 years old and with her, all the love and affection Kate knew. Home was no longer a safe place.

While she tried to make life work and succeeded for awhile, the addictive lifestyles modelled to Kate during her teenage years caught up with her later on, and she found herself in a desperate situation – homeless and with a child.

"At times I wanted to run, I couldn't cope with dealing with my past. But they (Home and Family) kept me here, on my feet and showed me love and support that I hadn't had since mother died. It was invaluable."

Without this kind of support and education, Kate believes many parents would have lost their children.

And she says people are too quick to judge what poverty is.

"You could have a family growing up with a lot of children - mum on the benefit and no money but no addiction (either)… where there's love and support."

While Kate was never in need of money growing up, she didn't receive any attention other than hate from her father.

"That to me was a form of poverty."

"At the end of the day, it comes down to the family unit and love."

While she's quick to stress she's still a work in progress, Kate now volunteers with Home and Family, giving back in a way she's been given to.

Her son was a top student in his class, travelled overseas and now has a full time job.

"If I hadn't had this, God knows what would've happened with my boy."

Of the multitude of organisations working with families in poverty spoken with, they all agree that issues are getting more complex and a family or child doesn't come in with just one need.

It's about connection, community, mentoring, life skills and up-skilling, with Bella Aitken from the Kiwi Family Trust saying that only giving food is like a band aid.

When Matthew Mark's Christchurch City Mission team have a family come in asking for food, they don't just leave it at that.

They sit down with the family and look at why they're needing the service, what's going on in the family, do they need budget help, etc.

This isn't denying that the need for food is real.

"People are having to make decisions of whether to put food on the table or pay the rent," Mathews says.

Mathews says the food families do purchase if often poor quality, negatively impacting the health and well being of families and children.

And the demand for food is growing exponentially.

Jacqui Burrows of He Waka Tapu says they often have a courier van turn up with $300 worth of bread that bakeries donate.

"At the end of the day there'll be nothing - whanau are needing it," Burrows says.

Cathy Richardson thinks it's wrong when two parents are working but they can't afford to feed their family well.

It may be another story for another day, but she believes vulnerable people are being targeted when it comes to cheap, accessible food.

"It's horrendous – a family can buy a bottle of fizzy drink cheaper than milk," Richardson says.

And Sandra Talbot from Home and Family agrees: “Why would you buy healthy food or grow it when you can go to McDonald's and get a $2 burger? Why can't you get a $2 salad in McDonald’s?”

Talbot believes choosing to buy junk food is caused by people having missing out on foundational life skills in their own childhood, and further proves the need for basic education and support.

So in addition to providing immediate help, organisations want to look at the bigger picture - what's causing this crisis of poverty.

And while they may be facing needs bigger than they can handle, that’s what they're doing, day by day, week in and week out.

Counselling, giving budget advice, helping practically with food, uniforms and activity costs, getting alongside families, teaching parenting courses… getting on with it

As Sandra Talbot is convinced, we can learn from what we know now so future generations don't have to confront these same faces of poverty.

The teacher always wondered why.

Wondered, until she learnt part of the reality. 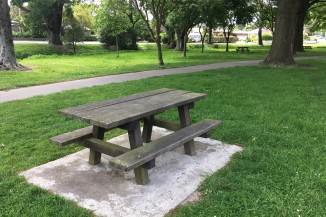 'It's up to everyone to change' 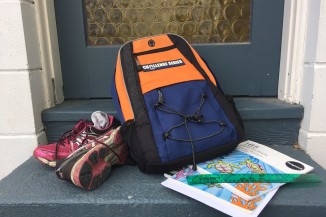