University of Canterbury sociology Professor Greg Newbold is questioning the method and accuracy of a wastewater drug test.

The National Drug Intelligence Bureau's latest wastewater testing showed the levels of meth and ecstasy are higher in Christchurch than in Auckland.

However, Newbold believed test methods would need to be scrutinized before figures could be validated.

"You'd need to know the testing methods - the police are notoriously bad for these kinds of things, they're not scientific," Newbold said.

The $220,000 wastewater pilot programme had taken wastewater from the Christchurch and Auckland Rosedale treatment plants and tested for a variety of drugs, including methamphetamine (meth) and ecstasy, on a monthly basis.

Newbold expected the influx of organised gangs in Christchurch would have increased the amount of meth available, but believed market prices were the best indicators of local drug use.

"It's always been the case that drugs are more expensive in Christchurch because they're more difficult to get. If the price in Christchurch has gone down, that's a better indicator of what the availability is like."

He did not believe Christchurch would have a higher use of meth than Auckland, despite what the wastewater tests showed.

The aim of the wastewater pilot project was to provide information mainly to police regarding targets such as: treatment and enforcement strategies and measuring the effectiveness of education programmes.

The pilot programme began in December 2016 and water would be tested every month. 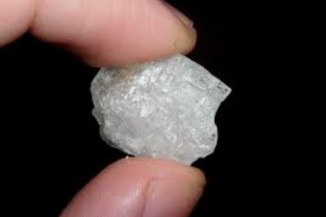 Wastewater study shows methamphetamine and MDMA use is far higher in Christchurch than Auckland.