New Zealand's law on minimising waste is not being enforced, says an environmental activist.

Under the Waste Minimisation Act 2008 (WMA), stewardship is mandatory for products that are considered a "priority". However, to date not one product has been declared a priority.

''It's extremely frustrating because so many people have been fighting for decades and then nothing," NZ Product Stewardship Council coordinator Hannah Blumhardt said.

"There's a complete lack of political will to do anything.''

Blumhardt said waste activists had been calling on the government for decades to better regulate waste and the products that cause waste. Even though the government had the power to regulate, virtually nothing had happened in 11 years.

Before a minister can recommend regulations, they must first obtain advice from the Waste Advisory Board (WAB). They must then be satisfied that there has been adequate consultation with organisations who may be affected and that benefits exceed the costs of implementing the regulations.

What's more, at least two members of the WAB appear not to back the WMA.

In 2007, economist John Pask from Business NZ said the Waste Minimisation Bill was "an overreaction to the issue of waste''. He was appointed to the Waste Advisory Board a year later.

Up until 2018 the Government had been exporting most of New Zealand's plastic waste to China, and having voluntary consumer-responsibility schemes such as the Soft Plastics Recycling Scheme, which shipped the waste to Australia to get recycled into products such as park benches and fitness circuits.

At the end of 2018, that system ended when China banned plastic waste importation. It was then that NZ introduced the single-use plastic bag ban.

A Greenpeace report titled 'Implementing the plastic-free New Zealand action plan' released in January argues the ban on single-use plastic bags and micro beads was a positive first step, but a "drop in the ocean".

''The current approach of occasional, selective targeting of individual plastic products represents a missed opportunity for the government,'' the report says.

Another problem for Blumhardt was the lack of data used to impose regulations through the WAB.

''We can't make a case for regulation if the government is not collecting data,'' Blumhardt said.

While the 2014 public consultation on waste did not eventuate into anything, there was still hope.

''Our hope is that the government can break the consultation cul-de-sac and put in mandatory product stewardship. It's terrible. It's just agonising. If they don't achieve regulation before election then they won't have achieved anything more than National in 2014,'' Blumhardt said.

Associate Minister for the Environment and Minister of Conservation Hon Eugenie Sage was unavailable for comment. 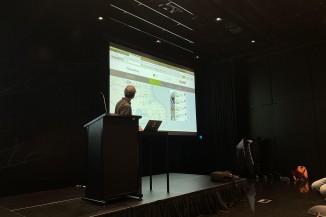 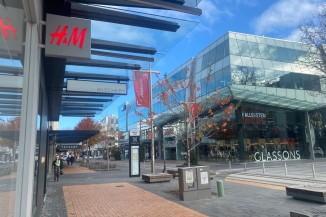 Fast fashion needs to slow down