Mother "very proud" after her 12-year-old daughters film is chosen for US film festival.

Mercedes van Royen's family knows too well the impact depression can have.

The 12-year-old's grandfather took his own life after battling with depression for years. He's the reason for her documentary titled Just Another Word, which has been selected from thousands of entries for the Vermont Film Festival.

The documentary "puts a taboo subject out there", she said.

"It carries a message that it is okay to ask for help. You should try and help people before its to late, because we under estimated the seriousness of it with our own grandad," she said.

Mercedes made the documentary for the "Outlook for Someday" film challenge last year. As one of 20 winners, it was entered in the festival.

The documentary stars Mercedes' grandmother and is about her late grandfather's depression.

Following her success, Mercedes plans to enter the film challenge every year. 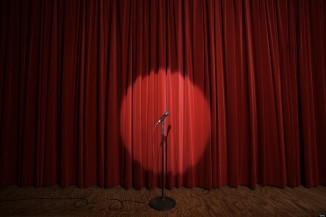 Where are the female comedians? 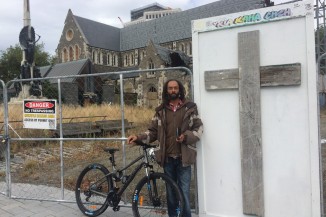 Graffiti artist stands up for equality

Graffiti artist Richard 'Pops' Baker uses street art as his medium to promote his life values on the walls of Christchurch.