The idea to create a shared turning and cycle lane outside Christ the King school has not received the green light from locals.

A proposal to lessen congestion at a key Christchurch intersection has been slated by the community and local schools.

The proposal, presented at the last Fendalton-Waimari-Harewood community board meeting outlined the need for a 'sharrow lane' to speed up left-turning traffic from Greers Road onto Memorial Avenue.

To make room for this lane, the footpath outside Christ the King School would be narrowed to 2.2 metres.

Board member Aaron Campbell and Councillor Raf Manji voted in favour of the proposed changes, but were outnumbered 7-2.

Campbell was the only community board member to attend an on-site briefing by traffic engineers which outlined why the changes were necessary.

"If the others had attended this briefing, then they would have voted differently,"  he says.

According to the Christchurch Traffic Operations Centre, the Greers and Memorial intersection has gradually seen heightened gridlock issues since 2016, particularly at peak school drop-off hours between 7am and 9am.

This has affected the efficiency of the Orbiter Bus route, which runs south-bound along Greers Road through Memorial Avenue.

Environment Canterbury has identified this corridor as being problematic during peak hours, resulting in a high level of queues and delays to the high-frequency bus service.

They both made submissions against the sharrow lane proposed for left-turning traffic from Greers Road onto Memorial Avenue, citing safety issues as their main concern.

"I can fully appreciate that we need to do something [about the congestion], however the safety of our students is the more critical factor here," Burnside High School principal Phil Holstein says.

Charlotte Vanhecke, a concerned mother of five, sends her children to school by bike and remains firmly against the proposal to remove cycle lanes for a shared sharrow lane.

"I can assure you that a separate cycle lane is essential, even if it is not the most adequate one. Sending my children to school on their bikes should not be a safety issue."

Aaron Campbell has instead made a submission directly to Christchurch Mayor Lianne Dalziel urging the council to reconsider his proposition. 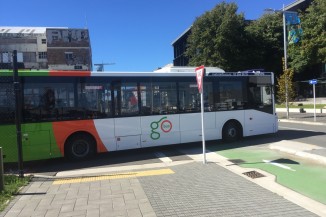 Metroinfo is planning to re-route the 44 Shirley bus, but Mairehau residents are "almost unanimous" in opposition. 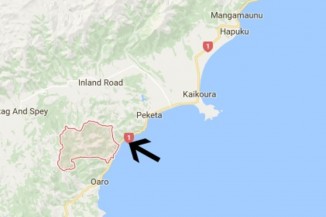 State Highway 1 south of Kaikoura has reopened after heavy rainfall triggered slips onto the road and blocked the main entrance into the town.