Many tourists were unaware the mall had closed until they arrived in Christchurch.

The closure of Cashel Street's container mall left some tourists disappointed, but garnered a largely positive reaction from locals.

The mall, which first operated under the name "Re:Start" after opening in 2011, was originally only intended to last six months. It was a project spearheaded by the Re:Start The Heart Trust, in an effort to bring business back to the CBD of post-quake Christchurch.

The mall proved an instant hit, with visitors and residents alike flocking to see the repurposed containers. It added vibrancy and colour to a city in dire need of it.

The mall was so popular that it exceeded its intended six-month life expectancy, surviving for five and a half years, including one relocation.

But while it survived, in its later years it did not necessarily thrive.

Some Christchurch residents and businesses believed that, while it was a "resourceful, unique idea", and a big step from ruin to revival for Christchurch, the mall had run its course.

Retail outlet Cosmic was a tenant in the Container Mall complex prior to its closure.

Amber Crowther, a member of the Cosmic team for two years, said the store's stay was always going to be temporary.

"I do think it was time for a change. The containers, for one, were outliving their lifespan. Maintenance started to be quite expensive. We were constantly experiencing leakages. Winters were a nightmare because the containers weren’t insulated. It did start to die off a bit as businesses moved out of it and into newly developed areas. It was time to go."

She was "not worried" about the effect the container mall’s closure could have on Christchurch tourism.

"The city is growing and changing. As it develops, people disperse into different areas and find all the little new nooks and crannies of Christchurch.

"I think once the area becomes a bit more developed, it'll spread that tourism around, as opposed to bringing it to one area."

Craig Forster, a resident in Christchurch for 30 years, agreed. "It’s obviously sad the container mall’s gone, but at the same time the city feels like it’s emerging. It’s up-and-coming. When you go to another city, everything’s mostly the same as it was. But here, you can stay in the same place, and know in a year's time this is going to all be completely different.

"I think it'd be exciting for tourists to visit the city in its developing state."

But despite local support for the redevelopment of the site, some tourists weren't quite as happy.

Min Choi, a tourist visiting from California, heard about the container mall from his cousin, who used to live in Christchurch. "I was disappointed because my cousin told me it's a good place to experience local culture. I think this was a charming point of the city."

Another disappointed tourist, Jan, found the container mall advertised on Tripadviser, and said there was "no indication anywhere that the mall was closing".

A recent ChristchurchNZ press release revealed, however, that the city saw no decline in tourism following the mall's closure. In fact, it was quite the opposite.
Canterbury's domestic and international visitors spent a total of $3.674 billion in the 12 months to February, a 9 per cent increase on 2017.

And Kris Inglis of Peebles Group, the developers behind the Farmers Market set to replace the Container mall, was confident Christchurch tourism would continue to grow.

He said the new market would inject "energy and vibrancy into the city centre" and that it would be "a melting pot where people go to buy food and enjoy the ambience – something people of all ages can enjoy. A real heartbeat, a community."

Many long-time residents believed it would be "just what the city needs".

A list of big-name international brands that secured tenancies in this development included Hugo Boss, which would be joined by Kiwi-owned menswear brand Sergios, Alchemy Equipment, Manscape Hairdressers and Cosmic, relocated from its place in the BNZ centre. 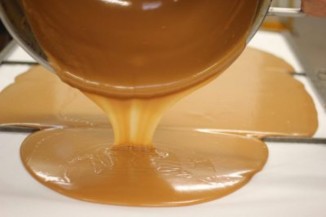 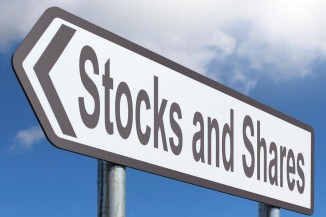 Positives and negatives of investing in shares

We get advice on how to know which companies are best to invest in as well as the pros and cons.