American Football Canterbury is attempting to change the stigma behind American football by 'kiwifying' the game.

The fast-paced nature and fewer players on the field make the game easier to understand and keeps people coming back.

Over the last two years, AFC has seen the fastest amount of growth in New Zealand and this is exemplified by its Facebook page which has gone from 800 to 1200 followers over that time.

AFC commissioner Brendan Mcgurk said the sport was struggling here because it was treated like rugby or soccer, where anyone can show up and think they know how to play already.

"If you are going to play the game, you need to play it right," he said.

Coupled with this is having a single programme rather than separate teams meaning everyone trains together and learns the same skills.

A lot of focus has gone into getting the next generation playing flag football (similar to rippa rugby).

The junior flag football program is now in 15 primary schools and AFC club is holding camps during the school holidays.

The season runs from August to March with a break over the New Year period. 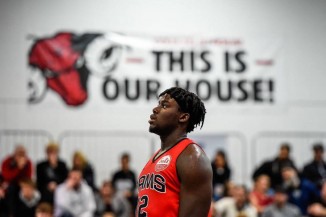 Rams back at Horncastle after eleven year hiatus

After a long eleven years, the Canterbury Rams are finally returning to Horncastle Arena. 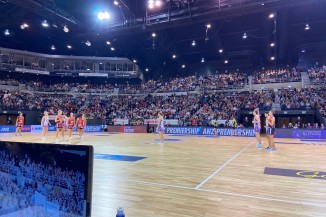 For the first time ever, the Canterbury Tactix netball team is in the ANZ Premiership grand final.