Enough is enough - that is the message Waitaki mother-of-two Philippa Cameron wants to get across to the Government.

In a petition being presented to Parliament, the local farmer and author has called for seatbelts to be made mandatory on school buses across New Zealand.

And with a focus on rural children, the farming community has rallied behind her, amassing 6500 signatures.

Cameron's calls for action were influenced by her growing concern for her five-year-old daughter's safety when travelling to school on windy country roads.

“They travel up to 30km to school at speeds of 80km/hr. The bus driver gets to wear a seatbelt, but not their passengers.”

Ritchie's Coachlines and the Ministry of Transport were approached, but Cameron found no resolutions.

So, the next step was taken - and this time Cameron was not alone.

Karen Williams from Federated Farmers said the dynamics of rural roads boost the risk of harm.

“You’ve got much greater speeds going on, and kids are travelling greater distances, and a lot of our rural roads are not well maintained.”

St John agreed in a statement to Metronews.

“Our ambulance officers are often the first to arrive at the scene of an incident and see first-hand the devastating impact.”

“It is traumatic for everyone involved including the patients’ families and friends. Safety belts should be worn to prevent fatalities and serious injuries.”

But the Waka Kotahi New Zealand Transport Agency sees a different side to the story.

A spokeswoman said due to the size of buses, passengers were less likely to sustain an injury in the event of a crash. As a result, “mandating seatbelts for all buses would be unlikely to have a significant safety benefit”.

Some newer buses were fitted with seatbelts, as a response to a general industry trend, she said.

But when questioned why this did not apply to all school buses, she said older vehicles' floors were not strong enough for seatbelt anchorage.

Rather than retrofitting existing vehicles with seatbelts, the petition urges the Government to roll out new fleets of buses.

With the closure of many rural schools, children are forced to travel further distances for education.

As Williams said, their exposure to risk is increased, so safety adaptations are vital.

A small number of buses have seatbelts, and legislation requires passengers to wear them if they are present, however the enforcement of this law is questioned by petition supporters.

Williams said it is all about “minimising the consequences when there is a bus crash”.

Statistics released to Metronews by NZTA show the commonality of these crashes.

Over the past two decades, New Zealand's school bus crashes total 486, of which 37 took place in Canterbury.

Although fatalities were rare, crashes causing injury were frequent.

In 20 years, 11 school bus passengers died, and 410 were injured – statistics the farming community wants to lower.

Williams said the appeal has resonated with parents across New Zealand.

“We are a country that values our children. They are our future. We just want to see them safe heading off to school.”

Submissions closed on April 30, and the petition will be presented to National MP Jaqui Dean on May 19. 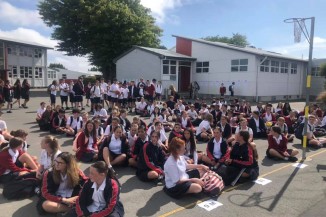 Community leaders in Halswell are pushing for Hillmorton High School to become a local hub – but some residents want something different. 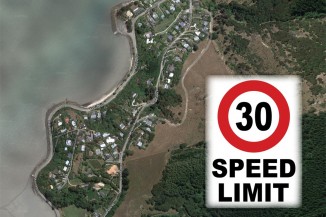 'I nearly hit a school bus using that road'