Shotgun wadding, a bong, and a massive buoy were just some of the items found at a Christchurch beach clean-up on Saturday.

To celebrate Seaweek, hundreds of people gathered at Christchurch beaches for the Hirepool Big Clean.

About 250 people spent three hours at Governors Bay to Waimairi Beach on Saturday, collectively removing about 4600 litres of rubbish from beaches.

Project Manager Dan Downing said shotgun wadding, tyres, a massive mussell buoy and aluminium cans were just some of the items found at a beach clean-up.

Wadding is the insides of shotgun shells. They separate the gunpowder from the metal pellets (the shot) inside a shotgun cartridge. When the gun is fired, they are pushed out the end of the gun and fly through the air for some distance before gravity pulls them back to earth.

Downing said the wadding were likely to have washed down the river from ranges and farms.

Sustainable Coastlines, Shelly Butts, said each beach tells its own story, by the different items of rubbish that wash-up onshore.

"Education is the biggest thing. Picking up rubbish is the ambulance at the end of a cliff,” Butts said.

Tessa Mitchell-Anyon is a volunteer for Algalita - an organisation that works to raise the awareness of microplastics in the ocean. She said microplastics are an increasing problem for Christchurch beaches.

"Microplastic is plastic smaller than 5mm. It can range from the glitter in cosmetics to broken down pieces of plastic bottles. The microplastics combine to make large masses in the ocean," Mitchell-Anyon said.

This year marks the tenth year of the beach clean-up. This event was held by Hirepool and organisations Sustainable Coastlines and Seaweek.

Seaweek is run by the NZ Association for Environmental Education. The event aims to teach people about the ocean its habitats, characteristics and inhabitants better. 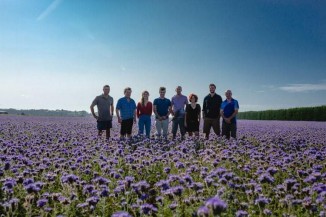 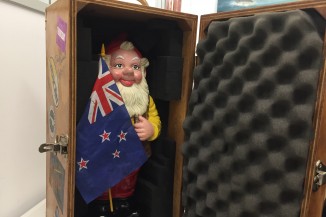 Gnome lines up Obama as next signature