Sargent estimates the average picker ate around eleven dollars worth of berries and damaged the orchard by snapping branches and destroying crops as they picked.

"The issue is people think it's their god given right to eat the cherries”, said Sargent. “The berries are pick your own, not all you can eat”.

Sargent said over the years he has increasingly had to step in to stop repeated thefts and other poor behaviour.

He said people should respect other's businesses. “I have had to ban prams coming in because the fruit was being stolen. It's our livelihood, you wouldn't do it if you went into a supermarket so why do people think it’s acceptable to do it here?".

Last month Sargent cut down more than seven hundred cherry trees, more than a third of his orchard, as he phases out the pick-your-own model.

In the future, Sargent plans to cut down all but fifty trees in his orchard, in a move to grow a crop that can be cheaply mechanically harvested. 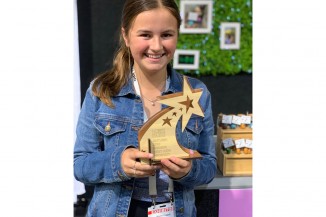 Little Joys by Amelie finding its feet in COVID-19

For a small Christchurch start-up, things are looking bright, despite stumbling upon initial lockdown hurdles