Swimming Canterbury West Coast chairperson, Wayne Rollinson, says the closest Olympic sized pool is in Dunedin and due to the delay on the Metro Sports Facility, two generations of swimmers won't experience regular training in a 50m pool.

QEII Aquatic Centre was purpose-built for the Commonwealth Games in 1974 and destroyed in the Christchurch earthquakes.

Head of Swimming Canterbury West Coast, Debbie Rahurahu, said not only is the former high-performance swimming facility being rebuilt without its Olympic sized pool, its main 25m pool is designed for mostly recreational use.

"The council has absolutely no intention of having any swim meets or competition level swimming at that pool."

Local swimmer James Fleury says an Olympic-sized pool close by is essential for a swimmer, as high-level swimming like the Commonwealth and Olympic games, you need a time from a 50m pool to qualify.

"They can do the calculations from a 25metre pool but they're not as accurate and you do get a better ranking if you're time is from a 50metre pool."

A high-performance swimming facility dubbed the 'Metro Sports Facility' was planned in 2016 and would be the biggest aquatic centre in the country.

Christchurch Regeneration Minister Megan Woods said she wants to personally apologise to swimmers for their long wait. The facility will be open by 2021.

Debbie Rahurahu, said the lack of facilities played a big part in only two South Island swimmers being in this year's Commonwealth Games team.

The state of swimming in Christchurch

Buying second-hand won't cost you the earth; it'll help the environment, economy and your wallet instead 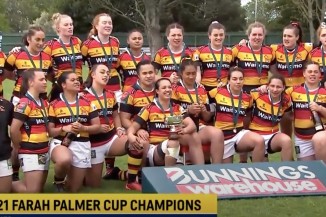