We're a nation that is becoming rich in rubber, just not of the tree variety.

People have grown tired of hearing about the pile of tyres in Amberley. Fortunately that man-made mountain of rubber has been cleared, and the Hurunui District Council has put measures in place to make sure another does not spring up.

The measures follow the new national standards of management for storing tyres outdoors, which came into effect last year.

The district has a rich farming history, and it embodies the rugged Kiwi ethos of using whatever you have at hand to get by. So naturally, it’s not unusual to see the odd tyre hill in someone’s front paddock or yard while driving through the countryside. They are almost as prevalent as a weather-beaten shed or rusty tractor.

The new standards acknowledge that tyres are often stockpiled in paddocks to be used as ballasts for holding down silage, and this is protected so long as the pile does not exceed 20m cubed.
They’re also allowed to be kept around for small agricultural uses, such as protecting saplings from grazing animals, retaining walls, and children’s swing sets.

Despite most creative efforts at reusing these discarded rubber donuts, some folks take liberties with lax restrictions. They hoard tyres in hopes to make a profit later, or illegally use them as fuel for a bonfire.

One notable example was the blazing pile on Racecourse Road near State Highway 1 last year, although it was since found to be an arson attack done out of anger by a frustrated local. The inferno lasted several days, coming with an estimated $1 million clean-up fee.
It was also set alight back in 2018.

These two blazes not only put Amberley on the map in the nation’s eye, but it also sparked a lot of heated debate over what to do with tyres once they become a waste product. According to statistics, we currently have over four million vehicles currently registered on our roads.

A spokesperson for the Ministry for the Environment (MfE) says disposing of used tyres is a long-standing problem.

"Every year 6.5 million tyres are imported into New Zealand. Of these, less than a third are exported, recycled or re-purposed.

“As such, disposal to landfill and stockpiling has become a common approach to dealing with end-of-life tyres.”

That means a lot of tyres get thrown away each year, and while some get recycled into other rubber products, many wind up sticking around and become environmental eyesores.

Repurposing of old tyres as a building material is not currently mentioned in the 2021 Standards. 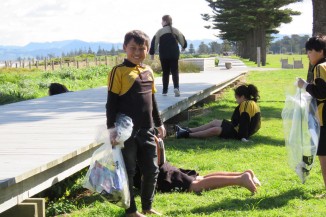 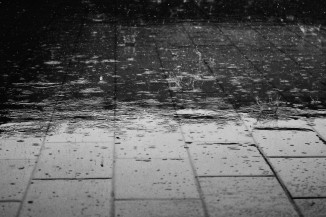 Christchurch will be in for an unpleasant day tomorrow with rain and heavy winds set to hit the region.