Drinking games are banned at Ara Institute of Canterbury's student accommodation but residents call for beer pong (without beer) to be allowed.

The rules for residents at Ōtautahi House state that drinking games and activities, which promote drinking, are not permitted.

Pong is a game in which players throw a ping pong ball across a table with the intent of landing the ball in a cup of beer at the other end. The game typically consists of opposing teams of two or more players per side with six or 10 cups set up in a triangle formation on each side.

Students have adjusted games accordingly by playing pong with water rather than beer.

Despite this, a number of parties have been shut down, with some residents being told they could be kicked out of their flats.

Ara student Luka Forman and his flatmate were called to an urgent meeting with O-House management after residential advisors reported them for playing pong last weekend. They were told by management that they could be removed from their current flat, and that new flats at O-House had already been selected for them.

Luka said this was unfair, as by using water the game did not encourage binge drinking:

"I don't see the harm in it. I end up drinking less when I'm playing pong. It's a fun bit of competition and a good way to socialise."

Another student living at O-House, Will Druzianic, has started a petition to lift the ban on pong.

He said pong was more a sport than drinking game as it required a level of skill that would be impeded by alcohol consumption.

The petition suggests residential advisors can check the content of the cups and regulate accordingly.

"If they're already at the door and they can see us, it only takes an extra step for them to come in and check that its water inside the cups," Druzianic said.

"It's a drinking game and they knew that when they played it."

She said that management needed to set a standard for other residents.

As for the petition, she said it would be difficult to monitor whether students were being honest about having what was in the pong cups.

Clark said management was always open to discussion and would fairly consider a proper proposal.

"It's important that people feel they have a voice. We highly encourage that.”

The pong petition will be presented to O-House management on Wednesday. 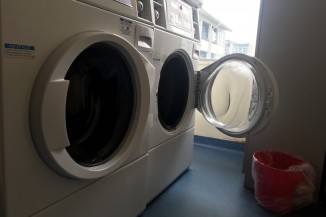