US rock band The Killers recently wowed a sell out Christchurch audience on the last stop of their New Zealand tour of Wonderful Wonderful.

Performing at Horncastle Arena on Tuesday, The Killers played a two-hour set. Australian musician Alex Cameron, who co-wrote five tracks on The Killers' Wonderful Wonderful album, was the opening act.

The Killers started the night off with one of their biggest hits, Mr Brightside, while all of the house lights were still on.

The audience jumped to their feet, sharing the energy and enthusiasm shown by front man Brandon Flowers, who was working the stage confidently in a hot pink, sparkly blazer. As the last notes of Mr Brightside rang out into the arena, the audience was plunged into darkness, but stayed on their feet for the rest of the night, cheering and singing as loud as they could.

Every song continued to improve on the high note the night had started on.

The stage was flooded with light again as they continued the show, singing a balanced mix of well known hits and a couple of not so well known songs across all of their albums. Flowers' strong vocals, infectious energy and Las Vegas showmanship enchanted the audience, along with a mix of elaborate but amazing light features, projections and confetti canons throughout the show. The band also had three brilliantly talented women on back-up vocals. The use of projectors was a good move from the organisers, as it added significantly to the experience of those of us further away from the stage.

A standout moment from the performance was when Flowers, and lead guitarist Dave Keuning, changed the pace with a short rendition of Crowded House's Don't Dream it's Over. The singer said he wanted to pay tribute to New Zealand, after a botched attempt in Auckland. The crowd got involved and started singing along with Flowers, as Keuning played the chords to the beloved hit.

With half an hour to go, the band took a short break. Drummer Ronnie Vannucci Jr even threw his drumsticks out to the fans. Flowers changed into a gold suit for the encore performance of The Calling.

Flowers then promised the crowd it "won't take us another 14 years to come back".

Vannucci Jr added his own humorous note to the end of the night, complimenting New Zealand for being a beautiful country, then jokingly asking if anyone had a place he could live here.

Wonderful Wonderful is the band's fifth studio album. The Killers formed in 2001. Their debut album Hot Fuss, which includes hits such as Mr Brightside and Somebody Told Me, was released to critical acclaim in 2004. 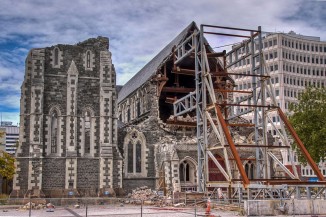 The decision to restore Christ Church Cathedral gets backing from residents. 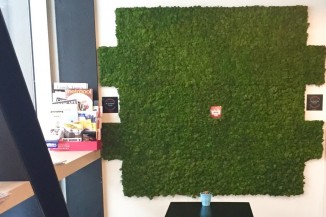 Small CBD cafe caters to business people who just want to duck out for a coffee on their 10-minute break.