In 2019 'GENERATION ME' has hit the stage, letting everyone know how lazy and self-obsessed they are. But could there be more to the story, and are they closer to their elders than we think?

They never imagined their lives to end up like this.

For many of them, they will pass by you in the street without a second glance.

But when asked about that moment, the time they decided to do something, a spark is lit behind their eyes.

In their most heightened excitement, they will tell you of their impact and the moment they felt heard by those in power.

This is student activism in New Zealand.

From the slums of Scarfie land, all the way to the rich list of Auckland, New Zealand has bred activists.

Sir Tim Shadbolt, the current mayor of Invercargill, was one of the first to make an appearance on the scene.

The now iconic image of a screaming, naked young girl running through her burnt down village after a napalm drop spurred him to action.

"We were horrified and outraged by the slaughter of so many civilians and...we wanted to try and stop it."

As a young woman, Dr Kate Dewes considered protesters like Shadbolt to be 'a pack of thugs'.

That all changed when the Government quietly invited nuclear warships into New Zealand waters.

"It just seemed a bit mad,so I knew I had to do something about it ."

John Minto, now much older than the young man with a helmet and a megaphone marching the streets of Auckland, recalled feeling exhilaration.

"We believed if we could put pressure on white South Africa and boycott through their prized rugby...we could have a big impact."

They all kicked down the doors of the status-quo but faced significant adversity.

Shadbolt was arrested 33 times, Dewes was left making tea for the men who campaigned, and Minto was nearly killed on the field.

But as they sat back in their chairs and recalled their triumphant past, a moment of peace came over them.

They wouldn't have it any other way.

Today, the rowdy activist uni students of the past appear as distant echos in the streets.

"Students are working 16 hrs per week on top of full-time study. That leaves very little time to participate politically."

She mentioned many students felt the pressure of social media.

"They are worried about it 'coming back to haunt them' when they apply for jobs."

An ODT article, Where have all the student radicals gone? said students today were apathetic.

"I would think protests have become more cautious...students described feeling exhausted and stressed...When I asked about activism they said they'd love to but didn't have time."

But uni students have another opportunity for activism, voting.

The next local body elections have been labelled a 'youthquake' as young candidates vied for council positions.

But it seems some high schoolers have not held back.

"All the emotions and pressure students were feeling...I just had to do something."

Tilaia said he felt compelled after he found out his close friend and his basketball coach lost family members.

"My speeches were for them and their community."

17-year-old Mia Sutherland remembered feeling terrified onstage in front of her peers and wondered what they thought.

"Do they think I'm crazy standing up here with my climate action shirt on?"

Obviously not. Thousands would join her in chants on March 15 waving their colourful banners for the world to see.

"For me, I'm just doing something I enjoy and really believe in."

But the contempt came later. Sutherland received personal attacks after she became a guest editor for Stuff.co.nz.

"The majority of comments were so nasty, saying our strikes are achieving nothing and we don't know what we are on about."

But Sutherland has pushed forward,

"We all need to be in this journey, together and support one another."

Politicians like Gareth Hughes supported the strikers and said it was 'fantastic opportunity' for young people to share their voice.

But not everyone in power supported the students. Todd Muller, National Party spokesperson for Climate Change said there have been enough strikes.

"Under New Zealand law they are meant to be at school."

The National Party has been against declaring an emergency and blocked a move by the Greens.

"To call a climate emergency when it is really just a light-weight, diluted statement, that doesn't mean anything. "

When pressed, Muller said he did not appreciate the 'apocalyptic' language used and did not believe in the 'alarmist' calls for urgent action to save the planet.

Locally, councillors like Aaron Keown voted against a climate emergency as he said they made 'an emotional' decision.

Nissen concluded a common lunch hour, cheap food and locker space would get uni students engaged in activism and added the reason high schoolers protested more was due to the friendships they could make within school hours.

But despite all that, New Zealand, young as it is, has a long history of student activism, whether it be through large scale protests or peaceful movements.

Kiwi's will fight for what they care about, even if it means standing in the face of danger.

Because the whole world is watching.

-Stuff.co.nz for use of footage

-TVNZ for use of footage

-The University of Canterbury for use of footage

-RT for use of footage

-AP archive for use of footage

-NZOnScreen for use of footage

Historical Facts And Figures Found From 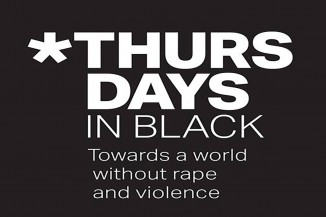 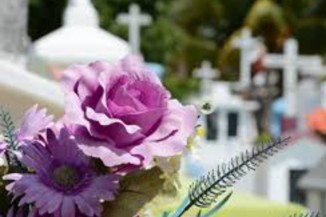 Death during lockdown has meant that some families have been offered photographs of their loved ones in their resting state.