We are taking elevator pitches to politics. Everything you need to know about The Opportunities Party's policies, values and why you should vote, all in the length of an elevator ride.

Leader of The Opportunities Party (TOP), Gareth Morgan, got in the elevator to explain everything first-time voters need to know about the party. He talked party values, policies, general voting advice and his go-to karaoke song.

He said TOP's Universal Basic Income (UBI) and cannabis reform policies were important for first-time voters to know about.

The cannabis law reform policy was about reducing harm. Prohibition had been as effective as blasphemy laws, with two out of five Kiwis having consumed cannabis in their lifetime, Morgan said.

On UBI, Morgan said his party's policy recognised that people starting out in adult life needed support to help them reach their potential.

Everyone aged between 18 and 23 years old would receive $10,000 a year under the policy. The ultimate goal, said Morgan, was to roll out UBI for everyone. The reason for targeting young people first, was the high levels of unemployment among them

Stay tuned for more Elevator Pitches from different party leaders to help you form an educated vote when it comes to ticking the box on September 23. 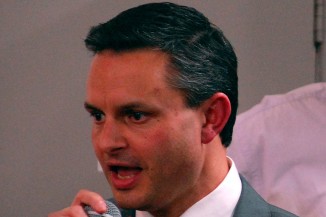 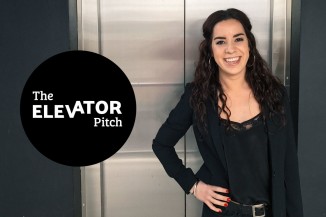