Brought to light by a Cambridge Analytica whistleblower, the largest privacy breach in Facebook history is changing social media forever.

The British data agency allegedly used information obtained from over 50 million Facebook users to sway elections around the world.

I’ve been following the scandal since it broke, investigating what data the social media network holds and how they sell the information to attract advertisers.

So it was only common sense to download my own profile and see exactly what they had gathered since I first registered in 2015.

Every message I had ever sent, every phone call made, every page liked, every location logged. It was a living timeline of all I had documented and experienced over three years in the social media “rabbit hole.”

Netsafe Chief Executive Martin Cocker agreed there needs to be a response to growing privacy concerns on social media.

“People want to know their data is safe.”

After spending hours endlessly scrolling through my personal information, I no longer believed mine was.

While Facebook quickly admitted their mistakes, can I ever trust them again?

Martin Cocker called for a revamp of the Privacy Act, arguing it was outdated and would benefit from changes.

He admitted large companies such as Facebook and Google will always make mistakes.

“We simply cannot expect these platforms to be perfect.”

“Users are deleting accounts, not because of the breach, but because they are no longer getting what they want.”

I’d have to agree.

Facebook is no longer giving me the buzz it once did, especially with the uncertainty of where my next status update might go.

The day I downloaded my Facebook data was a dark one.

Nevertheless, I highly urge you to do it yourself.

The family of a woman killed in a horror car crash on Sunday are devasted at their loss. 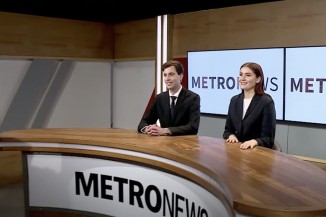 The students at the New Zealand Broadcasting School bring you Metro News for 2020.