A Sri Lankan man was shot dead by police after he stabbed multiple people at a Countdown supermarket in West Auckland’s LynnMall.

Prime Minister Jacinda Ardern says the attack at the New Lynn Countdown supermarket was a terrorist attack carried out by a violent extremist.

The Prime Minister and the Police Commissioner addressed the media at 5.15 pm on Friday, after the man was fatally shot.

Jacinda Ardern said two police officers were involved in the shooting and the man was dead within 60 seconds of the attack starting.

It is understood six people, all shoppers at the mall, have been injured in the incident.

The Sri Lankan national, who arrived in New Zealand in 2011, became a person of national significance in 2016 because of concern over his ISIS-inspired ideologies.

The reason he is known to intelligence agencies is subject to suppression orders, but Ardern says it is her view that it was in the public interest to share as much information as possible.

At the press conference, Police Commissioner Andrew Coster said the man was under heavy and constant surveillance because he was a known threat to New Zealand.

The report says "The Crown sought to prosecute a 32-year-old man — known only as "S" for legal reasons — under the Terrorism Suppression Act 2002 but a High Court judge ruled that preparing a terrorist attack was not in itself an offence under the legislation."

That exclusive New Zealand Herald report can be found here

However, 'S' was sentenced to one year of supervision in the High Court in Auckland last year.

The Labour government proposed new anti-terror legislation earlier this year, which passed its first reading in May.

Labour's new Counter-Terrorism Legislation Bill would make it a criminal offence to plan or prepare for a terrorist attack.

Jacinda Ardern wrapped up Friday's press conference by guaranteeing that she will share more information as soon as it is available.

"To everyone who was there and who witnessed such an horrific event, I can't imagine how you are feeling but thank you for rushing to the aid of the people who needed you." 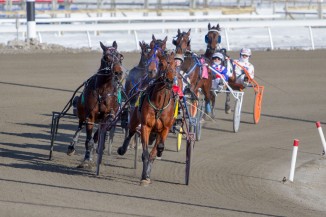