She has nightmares almost every night, re-living her harrowing ordeal frame by frame.

He was sentenced to 12 years and 9 months in prison in the Christchurch High Court.

In both attacks, Fowler broke into the girl’s home at night. On the second occasion, he blindfolded and threatened the girl at knife point before forcing numerous sexual acts upon her.

In a victim impact statement, the victim said: "I hate being the victim, that everyone looks at me and knows. I have hardly any friends – they all left. I changed. I miss them. I can’t pretend to be happy."

She used to believe she could be anything she wanted and took pride in her school achievements, but she had failed NCEA Level 1.

The victim felt powerless and had lost her strength and dignity. She no longer trusted men and was scared all the time.

“I’m a closed book. It’s how I get through the day, how I survive”.

Justice Rachel Dunningham said the court was considering “degrees of awfulness here”. The victim impact statement was powerful and compelling, she said.

Fowler pleaded guilty to two charges of raping the girl in her home, sexual violation by unlawful sexual connection, attempted sexual violation, burglary with a weapon, sexual conduct with a young person and attempting to pervert the course of justice.

In her submission, Crown solicitor Claire Boshier noted the case was some of the most serious offences that could come before the courts.

Fowler will be registered as a sex offender on his release. 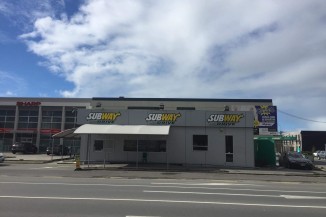