TEDx Christchurch marked its tenth anniversary on Sunday, attracting more than 1400 people to what was the first bi-cultural Maori focused TED event.

The event took a bi-cultural standing for the first time, highlighting the importance of Turangawaewae (standing place).

"Diversity is about bodies in the room whereas inclusivity is about making room for people's culture and we believe our partnership with Matapopore is about inclusivity."

Jack Tame, an Ōtautahi-born-and-bred radio and television journalist was the MC for the day, introducing speakers from all walks of life including Constance Hall, an Australian blogger and media sensation, who spoke about the effects of bullying and the extremes it has when taken online.

Director of the New Zealand Institute of Wellbeing & Resilience, Dr Lucy Hone, spoke about three very accessible ways in which New Zealanders can practice resilience in their own lives. Dr Hone is also a best-selling author of the book 'What Abi Taught Us'.

"Resilience isn't some kind of elusive fixed trait that's only given out to an elite few - it actually requires very ordinary actions and a willingness to give them a go."

Christchurch barber Matt Brown was the final speaker touching everyone's hearts on the topic that men need to talk about their feelings and actions. Brown partnered with the Ministry of Social Development for their ‘It’s not OK campaign’ to increase awareness about the role of barbers in creating safe spaces that allow men to talk.

"We need to be able to see each other, so that we can begin to heal and stop treating our women like rehibilitation centres. She is not your rehab."

The Christchurch City Council were gold partners of the event and in an interview with METRONEWS reporter Digby Werthmuller, Mayor Lianne Dalziel said she attended the event and was blown away with the quality of the speakers and the way things were run. 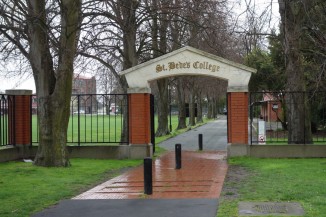 Advocate calls on St Bede's to 'be honest'

A sex abuse survivors advocate wants the school to be "honest, open, and transparent" about any historic cases of sexual abuse. 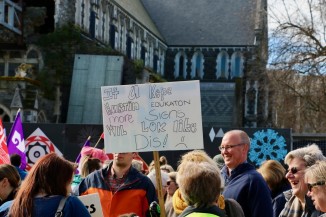