The Taxpayers Union is questioning why private sponsorship wasn't considered for the Auckland event.

Spokesperson Louis Houlbrooke said wealthy companies should be fronting up for the multi-million dollar sport.

In an agreement announced on Monday, the taxpayer is expected to foot roughly half of the 200 million dollar bill for the 2021 America's Cup - with the Auckland Council paying any further costs.

The in-principle agreement confirmed the location of the America’s Cup bases and is subject to a vote by council’s governing body on Thursday this week.

"It’s good for Auckland and great for Kiwis, who will get to experience the thrill of an America’s Cup contest in person."

But the Taxpayers Union is questioning why taxpayers are expected to pick up the hefty fee.

"This may not be the best use of taxpayer money."

Houlbrooke said the investment would be better used elsewhere, such as building basic transport infrastructure.

He argues the costs will inevitably be greater than what has been predicted.

"The government cannot guarantee costs and these major projects always have overlay."

"People should be suspicious of the agreement."

Houlbrooke said politicians don't know the real benefits of the event and are "staring into a crystal ball."

"Christchurch especially, has struggled enough with the rebuild."

Goff said he was looking forward to delivering the "best America's Cup yet."

A resource consent application will be lodged in early April. 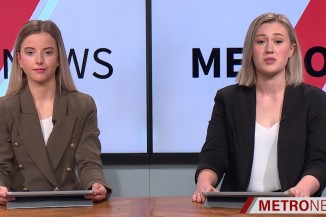 Teachers begin five weeks of rolling strikes, what's got Christchurch airport taking off, and why these cute dogs may not be the best pet. 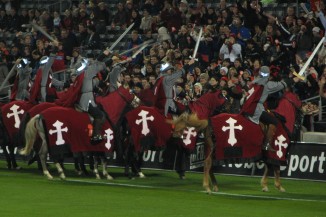 Meet Ace - a horse who wants to stop bullying

The Crusaders are teaming up with Bayleys to fight bullying - that's the word straight from the horse's mouth.