With three weeks until their first game of the Commonwealth Games, the New Zealand Tall Blacks have named a strong 12-man squad.

Coach Paul Henare has revealed his team would have a mix of youth and experience.

The New Zealanders will take on Nigeria, Australia and Canada during pool play in Cairns, before travelling to the Gold Coast for the knockout stages of the tournament.

Coach Henare says although the team is younger than previous years, they've all had some international experience in recent times.

"Guys like Ethan (Rustbach), Derone (Raukawa) and Tohi (Smith-Milner) are young but bring the experience of that Asia Cup campaign to every team they play for."

The Tall Blacks won the silver medal in at the 2006 Melbourne Games, losing to Australia in the final.

Captain Mika Vukona is the only surviving member of that team, and he recalls the final.

"I remember being in a great position to win gold."

"We led the Aussies going into the final quarter and it was only a couple of key moments that saw the game get away from us."

It'll be a tough ask for the Kiwi side to take down their arch rivals, but the Australians will be without their stars such as Ben Simmons and Joe Ingles, who are gearing up for the upcoming playoffs for their respective NBA teams.

While no Canterbury players have been named in the squad, former Rams players Quinn Clinton and Sam Timmins have been listed as non-travelling reserves.

The naming of the squad means the total number of New Zealand athlete's confirmed to travel to the Gold Coast in a fortnight sits at 215.

The Tall Blacks will start off their campaign for a Commonwealth Games gold medal on April 6, when they take on Nigeria in their first pool game. 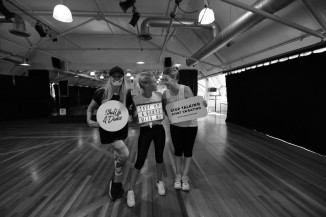 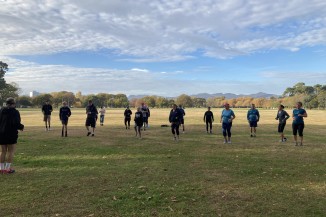 Saturday mornings in Hagley Park are full of sport and exercise, but one group on the field needs more support.