A house fire in Riccarton last night is being treated as suspicious by Fire and Emergency.

Fire and Emergency are treating the fire that broke out in a student flat in Riccarton yesterday evening as suspicious.

Emergency services were alerted to the fire around 8pm by which time the house was engulfed in flames.

Detective Rob Kennedy said the flat was normally occupied by four Lincoln University students, who have been on study break for the last couple of weeks.

The house was vacant at the time of the fire however Detective Kennedy said the students gear was still inside.

Police left a guard at the scene overnight.

The fire service are still investigating the cause of the fire.

Buying second-hand won't cost you the earth; it'll help the environment, economy and your wallet instead 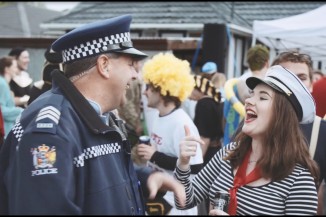 More than 800 parties have been registered with police's `Good One' website.