An unnamed supermarket worker said they did the same things as level 4 but the pay isn't the same anymore.

"You can call us essential workers, you can call us heroes, but clearly it seems that the ten per cent pay rise for four weeks was just for public image."

First Union Secretary for Retail, Finance and Commerce Tali Williams said it was a backwards step.

“Many supermarket workers are telling us that they’re scared and stressed, overworked and struggling with rent, and the ten per cent bonus from employers was one of the only things keeping them afloat," said Williams.

"Nobody should be earning less than the living wage while they put their lives on the line during a pandemic."

A Countdown spokesperson said the lockdown bonus was to recognise the hard work employees had made before and during lockdown and that Countdown had paid all staff whom the Government deemed to be high risk to Covid-19.

Head of Corporate Affairs at Foodstuffs Antoinette Laird said "as the country moves out of alert level 4 it makes sense that wages return to normal and owners usual business processes pick up again."

Countdown will introduce the living wage of $21.15 an hour in September for employees with 12 months or more service. 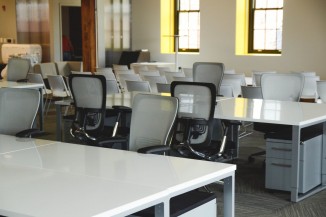 Charities provide essential services to New Zealanders across the country, but at what cost?

The Cost of Love - Episode 1

In the first episode, Carmina Blewett and Kate Davey take a look at media's relationship with love