New World's move from South City Shopping Centre has left long-time customers and nearby businesses concerned for the future of the mall.

It was announced last year that the supermarket would shift from its premises inside South City Shopping Centre to a new, larger store on the corner of Moorhouse Ave and Durham St South next year.

While a change in the mall's management on Tuesday meant information on the future of the site was unclear, the move was going ahead regardless.

Wendy Pierce, who manages the Paper Plus store next door to New World, had concerns about the drop in foot traffic to her store. She estimated 35 percent of her customers were New World shoppers.

She said it was "disappointing to see them go", and that she would "be worried if something didn't go in" [to the New World site].

"I think another anchor, or smaller shops done well, would work."

"Foot traffic would go down for sure," Notty Horse manager Leo Zhou said.

Management "need to be careful" with the next move, he said.

When approached, some New World customers had not heard about next year's shift, but were disappointed.

Lorraine Campbell, who was a weekly regular, spoke about her fears of the new store.

"If it's too big, I'll shop at another. I prefer the smaller size."

Another shopper said: "I come in especially for this New World, and I wouldn't come in if it wasn't here."

The supermarket is currently one of two anchors at the mall, with its exit leaving The Warehouse as sole anchor.

The new store will open sometime in 2019, with preparation and construction work under way at the new site.

While the future of the current New World site is unknown, new managers Colliers, have been approached for comment. 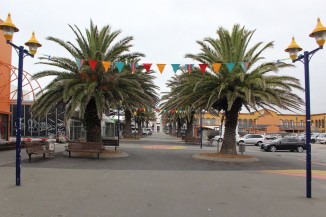 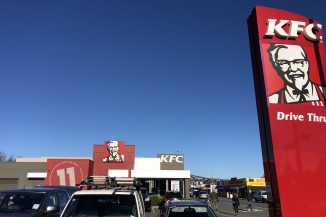