Three bus loads of elderly resident's from the Diana Isaac Retirement Village delivered a petition with over 300 signatures to keep the Orbiter bus route down Philpotts Road.

The Orbiter bus route, used by residents at the Diana Issac Retirement Village, may be halted due to development on Christchurch's northern corridor motorway.

With the help of Labour MP Duncan Webb, resident's put together a petition to hand Environment Canterbury to highlight the support of keeping the Orbiter close to the retirement facility.

“If you look at these people, whilst they might be spritely, they are 70 or 80 years old some of them, and a kilometre walk is just not on so rather than accepting the decision they’ve gone to Ecan, three bus loads of them, and handed over a petition with about 300 signatures saying we need a change," Webb said.

Environment Canterbury Chairman Steven Lowndes expressed his gratitude to the hundreds that turned up outside ECAN but said that detouring the Orbiter service wouldn't be cheap.

"If the service along Phillpotts Road were to continue the bus has to make a considerable detour and double back and it is not a cheap option, it comes at a cost, which is somewhere I the region of $350,000 a year. The service isn’t well patronised, there aren’t that many people who actually use this bus," Lowndes explained.

Resident Graham Tate, who organised the petition, said it is rare to get such a big concentration of people relying on a bus service, and with over 500 residents it could quite possibly be the biggest potential bus user group in East Christchurch.

"I think people in a bureaucracy like ECAN, they need to come and talk to the users or potential users and discuss. As far as I am aware there was no consultation or pre-consultation with the members of this village and I think it a great shame on an elected group of people," Tate said.

Other residents also claim that without the route it would make it difficult for the elderly to get their shopping.

"We use the Orbiter pretty frequently because it takes us to all the malls in town and we don’t all want to go to one mall, so it gives us quite a few options. None of the other buses take us to all the malls, they bring us to the middle of town but it is not easy for elderly folk to buy groceries in the middle of town," resident Alastair Leckie said.

The Orbiter also impacts staff working at the retirement village. Some staff say that even if the routes were reduced it still wouldn't benefit them.

"We don’t really feel safe having to walk a long distance especially at night after a hard days work. It also affects how we get to work because we want to report on time, so it is going to be a bit difficult losing the orbiter in Philpotts Rd," nurse Zandra Soriano said.

Chairman Steven Lowndes said the likely outcome would be that 1 out of 10 Orbiter buses would detour through Philpotts Rd, or one every hour.

"What I think is likely to happen is that we will reach a compromise. We will not withdraw the service completely but it will be a reduced service on a regular timetable that people can rely on," Lowndes said. 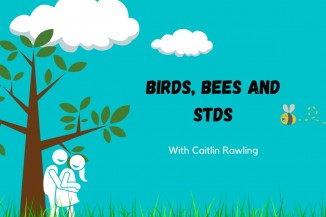 The third episode of this podcast focuses on sexually transmitted infections. 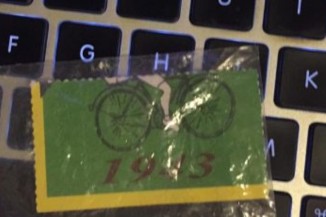 N-Bomb an "out of body experience"