"You can say 'no', but they'll go through with it anyway," says frustrated resident as Northern Corridor ploughs ahead.

It's been almost half a century since the New Zealand Transport Agency proposed the "Northern Corridor" to ease the traffic flow in and out of Christchurch from north of the city. Two years ago, the proposal became a reality.

St Albans business owner and resident Martin Meehan said he was fighting a losing battle to save his neighborhood.

"Consultations are one thing, whether or not you actually listen is another thing altogether," Meehan said.

The Kidd's Cakes and Bakery founder said he had been fighting the Northern Corridor plan since the 1990s.

But construction is now under way on Cranford St where Meehan's business is located.

Meehan said he felt as if decades of petitioning against the road had been ignored. The hearings and consultations were being treated as nothing more than a formality, he said.

"I haven't seen any change after two rounds of consultation. Residents and neighbours seem to be getting the dirty end of the stick in all this. I haven't seen any money coming in from Waimakariri, but apparently I'm not allowed to say that because you're meant to see the big picture and take one for the team."

Meehan said the Christchurch City Council had shown a lack of care for safety in the planning. He had asked for a safety audit on Innes Rd, but was told it wasn't necessary.

"I don’t think the council wants to take the small details into account. Everything's sort of brushed over. The council's been put in a difficult spot. It's putting square pegs into round holes."

Edwina Eichholtz is another St Albans resident affected by the Northern Corridor.

Mrs Eichholtz has lived on Cranford Street for 40 years. About 10 years ago, she received a letter from the government asking if she would sell a portion of her land.

"The motorway isn't a good idea, so I didn't want to sell. I want to stay in my home. You can say 'no', but they'll go through with it anyway," Mrs Eichholtz said.

"The council just don't listen properly. They only push their own ideas. I don't think they care about us very much."

Mrs Eichholtz has already chosen to move once before. She lived on Madras St, which was planned to become a highway. She was "furious" with the plan, and had never imagined she would go through it again.

"[The council] would probably never listen to me. I think they have more priority over traffic than us, which makes me feel very sad."

According to Mrs Eichholtz's son Vince, there's a lack of pull from the residents to make submissions against the motorway, as they fail to see the point.

"When I spoke to residents about writing submissions, most of them simply couldn't be bothered. They don't see the point of it," he said.

"The motorway is a 1970s absurdity. It's the resident's responsibility to speak up, but the fact they aren't being heard is a barrier in that." 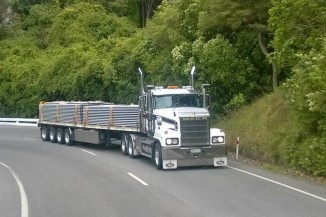 The NZTA has confirmed it will invest 60 million dollars in South Island road upgrades.